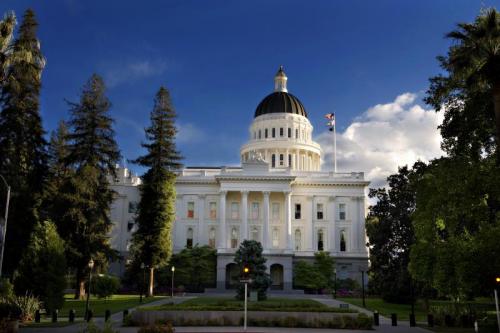 (SACRAMENTO, CA – 4/13/2021) – The California chapter of the Council on American-Islamic Relations (CAIR-CA) today welcomed the passage of ACR 50, a resolution which recognizes the celebration of the month of Ramadan by California’s more than one million Muslims.

The resolution, authored by Majority Leader Eloise Gómez Reyes, received a unanimous vote in support on the Assembly Floor.

Reyes stated during the bill’s presentation:

“The Muslim American community continues to be a pillar of California’s diversity, encompassing nearly every ethnic group of our state. As the most diverse state in the nation, ACR 50 is critical in respecting and celebrating California’s Muslim community and demonstrating our commitment to the 1 million Muslims living in California, who make our economy, social fabric, and diversity a strength that benefits the entire state. The Muslim community through numerous charities in California have been an essential part of the state’s response to the COVID pandemic as they have organized food distribution events and have hosted vaccine clinics for vulnerable communities.”

“We are grateful to have leaders in the California Legislature like Majority Leader Reyes who work to ensure California’s one million Muslims are not forgotten; but are instead seen as celebrated members of our state’s diverse and rich cultural fabric.”

ACR 50 will later be voted on by the California State Senate.