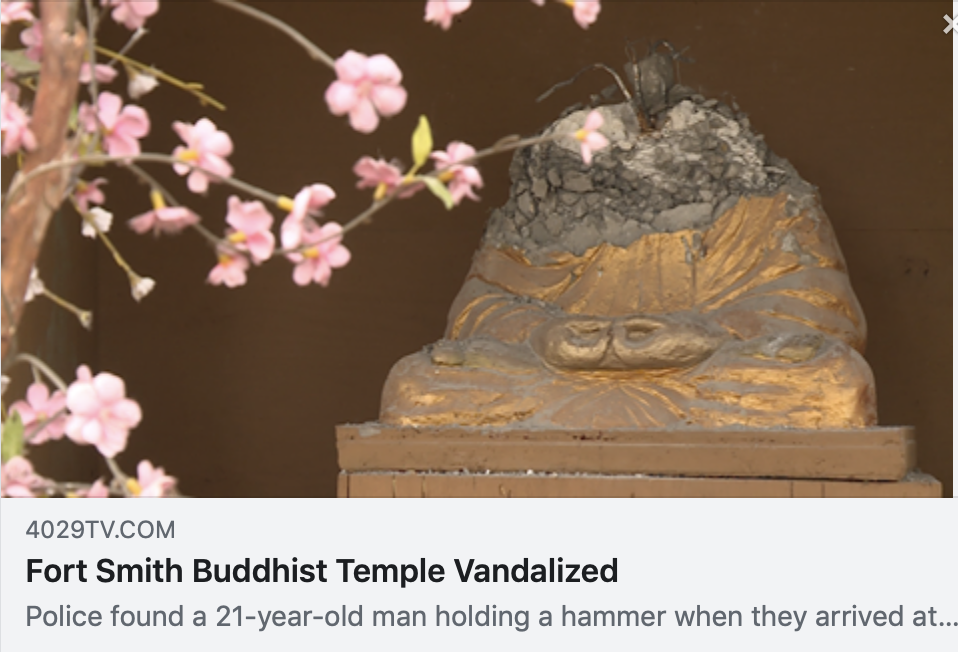 (WASHINGTON, DC., 4/7/20) – The Council on American-Islamic Relations (CAIR), the nation’s largest Muslim civil rights and advocacy organization, today called on the Arkansas General Assembly to develop and pass a hate crime law after a Buddhist temple in Fort Smith, Ark., was vandalized.

When police arrived, there was reportedly a man with a hammer smashing a statue. Three statues of Buddha were destroyed with the damage estimated to be in the thousands of dollars. The suspected vandal, acing felony criminal mischief charges, reportedly told police: “It’s a false idol, it’s a false monument.”

“A bias motive for an alleged crime targeting a minority community should be taken into account by the laws of every state,” said CAIR National Communications Coordinator Ayan Ajeen. “Hate crime laws are important because they add an additional level of protection for those who are vulnerable to bias-motivated harassment or intimidation. They are especially important now as hate crimes continue to rise.”

She noted that Arkansas is one of only four states that doesn’t have laws to protect victims or punish offenders of a hate crime despite the fact that the number of such crimes are increasing.

SEE: Hate Crimes are on the Rise, But Four States Don’t Have Laws to Protect Victims or Punish Offenders