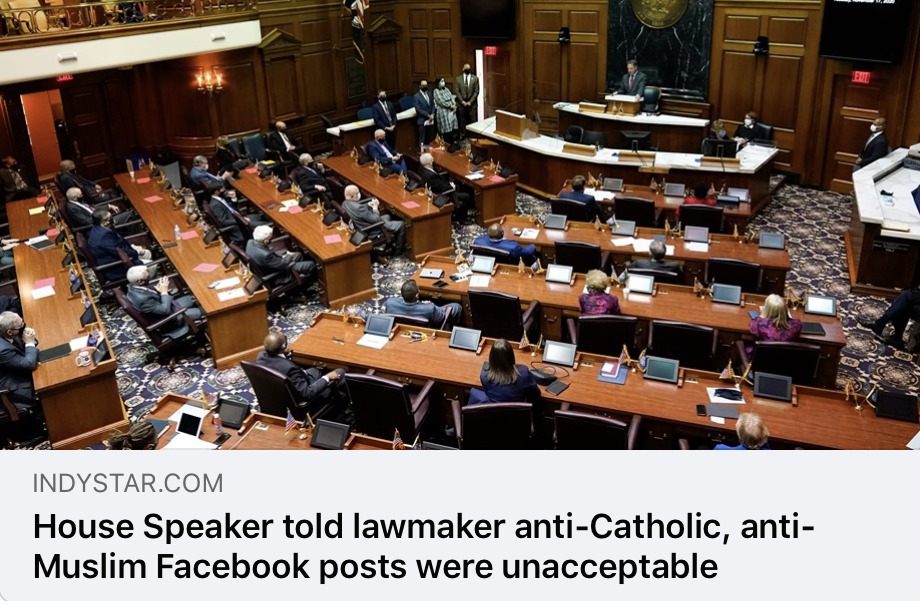 (WASHINGTON, DC – 11/18/2020) — The Council on American-Islamic Relations (CAIR), the nation’s largest Muslim civil rights and advocacy organization, today called for the resignation of a newly-elected Indiana lawmaker who posted anti-Catholic and anti-Muslim messages to his personal Facebook page.

Republican John Jacob posted Facebook comments falsely claiming that Islam cannot coexist with the United States and that Muslims are traitors who should be deported. He also reportedly stated that the Roman Catholic Church is a Satanic cult, that Catholics should repent and leave the church, and that the Pope is an anti-Christ. Jacob said his posts had a “fuller context,” but did not offer details.

“A person who holds such bigoted views is clearly unable to fairly represent a diverse community,” said CAIR Government Affairs Department Director Robert S. McCaw. “We urge Mr. Jacob to resign, or failing that, Republican leaders should remove him from their caucus.”

He said the American Muslim community and CAIR stand in solidarity with all those challenging religious bigotry, anti-Black racism, xenophobia, Islamophobia, anti-Semitism, and white supremacy.