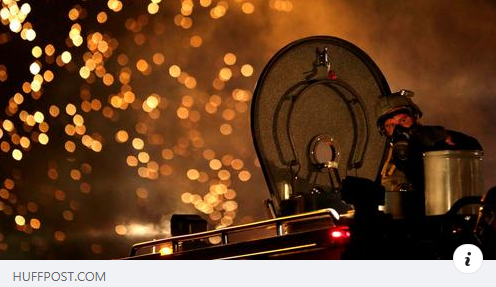 (WASHINGTON, D.C., 9/24/21) – The Council on American-Islamic Relations (CAIR), the nation’s largest Muslim civil liberties and advocacy organization, today called on the 22 House Democrats who voted against Representative Hank Johnson’s amendment that would have taken a significant step in demilitarizing the police to “stop siding with police unions over their minority constituents.

Even though the amendment has been passed twice by House Democrats as a provision in the George Floyd Justice in Policing Act, it was defeated on the House floor by 198-231.

According to the Huffington Post, a day before the vote, “the National Fraternal Order of Police sent a letter to House leaders from both parties urging them to vote against Johnson’s amendment.”

“CAIR calls on the 22 House Democrats who voted against Representative Hank Johnson’s amendment that would have taken a significant step toward demilitarizing the police to stop siding with police unions over their minority constituents.

“These 22 Democrats cannot say ‘Black Lives Matter’ when they are voting in lock-step with police unions over the interests and safety of their minority constituents.

While 196 Democrats and two Republicans voted in favor of the amendment to demilitarize the police, the following 22 House Democrats voted against the measure, causing it to fail:

Present for the vote, Congresswoman Sarah Jacobs (D-CA) abstained from voting on the amendment to demilitarize the police.

The amendment matched the language of Rep. Johnson’s bipartisan “Stop Militarizing Law Enforcement Act,” which was reintroduced in March and endorsed by CAIR.

Prior to the vote, CAIR endorsed Rep. Ayanna Pressley’s NDAA amendment 754, which would have placed a complete moratorium on the DOD’s 1033 program.

Even though CAIR and more than 90 civil and human rights and faith groups supported that amendment, it was not approved by the House Rules Committee to be voted on the House floor.

In keeping with the recommendations of CAIR’s June 2020 report, “Ending Police Violence: Reducing & Reinvesting Police Department Budgets into Critical Social Services, Health, School and Other Beneficial Programs,” CAIR continues to support placing a moratorium on the purchasing of new military surplus gear obtained through the 1033 program and other unnecessary tactical and riot gear.