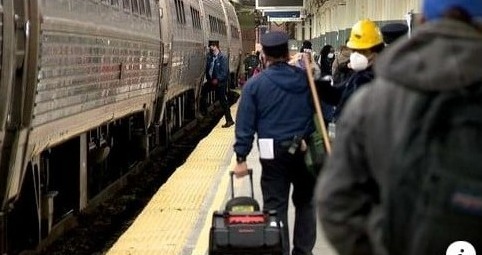 (WASHINGTON, DC, 4/7/2022) – The Council on American-Islamic Relations (CAIR), the nation’s largest Muslim civil rights and advocacy organization, today called on Amtrak and the TSA to abandon an illegal expansion of a secret government watchlist — which has been repeatedly challenged by CAIR and other civil rights organizations — to screen passengers.

CAIR is promising a lawsuit if the expansion goes forward.

An in-depth report by the National Investigative Unit of Hearst Television revealed that Amtrak has asked, and TSA has agreed, to screen passengers against the terrorist watchlist — a list of more than a million innocent people — almost all of whom are Muslim. The program is part of the Amtrak Rail Passenger Threat Assessment and would compare personal passenger information from Amtrak – which may later include a traveler’s social media profiles – to the government’s terrorist screening database.

“TSA’s secret watchlist has terrorized the Muslim community since it emerged almost two decades ago. Rather than a program aimed at keeping us safe, the federal government uses the watchlist to relentlessly extract information from the Muslim community, recruit informants and make their watchlist even bigger.

“These watchlists will bring to train stations the illegal interrogations, detentions and warrantless searches of travelers’ phones and laptops that Muslims are subjected to at airports throughout the country.”

“It is a startling development, which CAIR stands ready to challenge in court if it is not abandoned.”

ABC News recently published an investigative report on the watchlist.

Prior expansions of the watchlist have directed armed federal air marshals to follow innocent people around at the airport, keeping track of what they eat, whether they fall asleep, and how they use their phones and laptops.

In February, CAIR announced an American Muslim’s lawsuit against U.S. Customs and Border Protection (CBP) and its agents at Dulles International Airport for repeatedly seizing his electronic devices.

For some people, the secret status assigned to them means that, each time they travel overseas, federal agents will be waiting to seize their electronic devices on their return to the United States. The officials that oversee the watchlisting system use the information seized to assign more people the secret list.