CAIR Calls on Biden Administration to ‘Do Everything Possible’ to Welcome Afghan Refugees, Protect Afghan Civilians 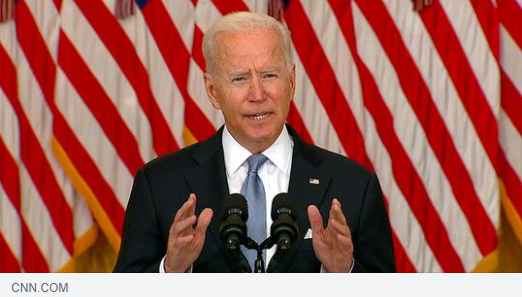 (WASHINGTON D.C., 8/16/2021) – The Council on American-Islamic Relations (CAIR), the nation’s largest Muslim civil rights and advocacy organization, today expressed solidarity with the Afghan-American community and called on the Biden Administration to do everything possible to welcome Afghan refugees to the United States while protecting Afghan civilians in Kabul amid the evacuation of American citizens.

In a statement, CAIR also reaffirmed its support for President Biden’s decision to end America’s military involvement in Afghanistan and called on the president to end all military action in other Muslim-majority nations.

SEE: The latest on Afghanistan (CNN)

“We reaffirm our strong support for President Biden’s decision to withdraw U.S. troops from Afghanistan and end America’s longest war. Although the execution of the withdrawal should have obviously been handled differently, withdrawing was absolutely the right decision. Keeping American troops in Afghanistan would have only prolonged violence and delayed the inevitable.

“The outcome in Afghanistan is further proof that American military involvement in Muslim nations is not a solution to the problems of those nations; it is part of the problem. Countless Afghan civilians, including thousands of women and children, and almost three thousand American soldiers were lost during this disastrous 20-year war.

“President Biden should ignore the armchair warriors, neoconservatives, and others who will never be satisfied with anything less than perpetual war. No one should care what people like John Bolton, Liz Cheney and Bill Kristol think about foreign policy, especially Afghanistan.

“The people of Afghanistan must now decide the future of that nation on their own, without foreign military interference. We hope and pray that the Afghan people will soon establish a representative government that reflects Afghanistan’s diversity and Islam’s teachings of justice, mercy, human rights, and fair treatment for all people, especially women, who have the God-given right to learn, travel, earn a living and live in dignity.

“Although the United States can no longer control events in Afghanistan, our nation has a moral obligation to do everything possible to welcome Afghan refugees and provide humanitarian assistance to the people of Afghanistan, especially civilians who were harmed over the past 20 years. President Biden should significantly raise the refugee cap for Afghan refugees and streamline the entry process for them.”

Washington, D.C., based CAIR is welcoming Afghan-American members of the Muslim community whose loved ones are in dangerous or difficult circumstances in Afghanistan to contact their local CAIR chapter or CAIR’s national office for guidance.

CAIR is also encouraging media outlets and government officials who are discussing Afghanistan to avoid using Islamophobic tropes and misusing Islamic terms such as “sharia.”