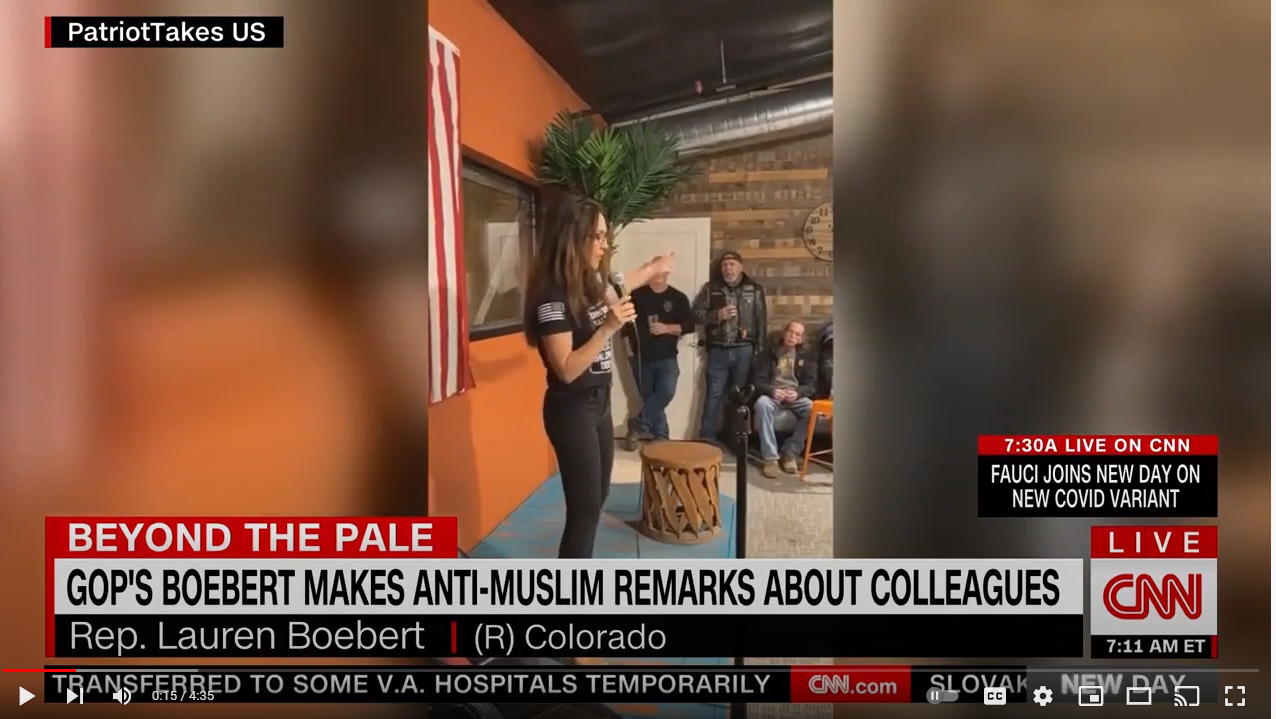 In remarks to constituents, Boebert told the apparently false story about being in a Capitol elevator with Rep. Omar, when a Capitol police officer reportedly approached and expressed alarm.

Rep. Omar says the incident never happened and that Boebert seems too frightened to look her in the eye.

“Lauren Boebert’s disgusting remark about Congresswoman Ilhan Omar is merely the latest symptom of the anti-Muslim bigotry that has plagued the Republican caucus in the House for years. Leader McCarthy should repudiate Rep. Boebert’s remarks and call on all Republican members of Congress to treat their American Muslim colleagues and constituents with the respect and decency everyone deserves.”