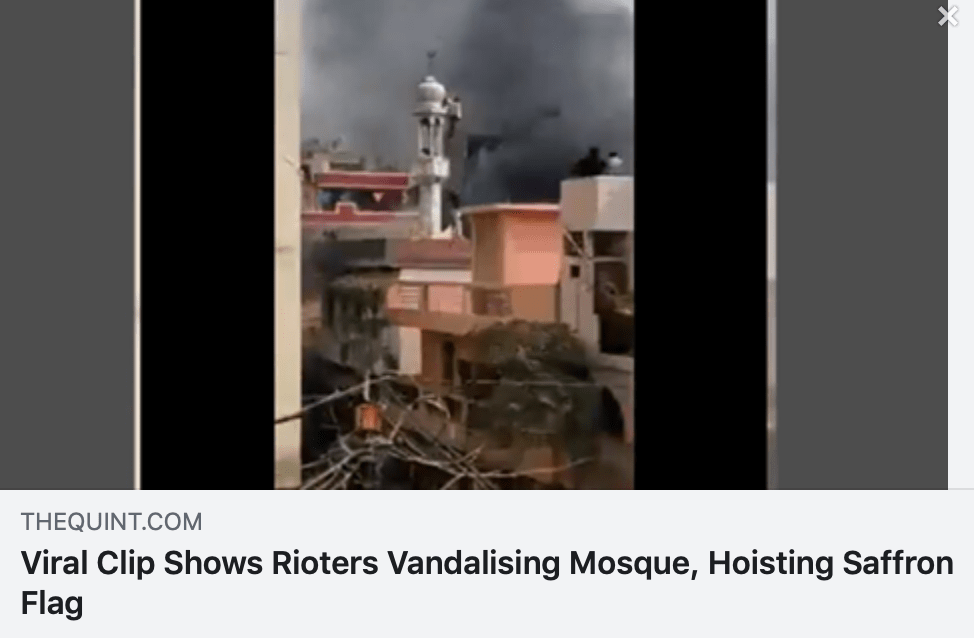 (WASHINGTON, D.C., 2/25/20) – The Council on American-Islamic Relations (CAIR), the nation’s largest Muslim civil rights and advocacy organization, today called on the international community to condemn India’s anti-Muslim citizenship law, which makes it easier for migrants of every religion except Islam to become Indian citizens.

Peaceful protests against the discriminatory law by hundreds of thousands of Indian Muslims, students, academics, and human rights activists have resulted in killings and mass violence by mainly Hindu mobs and law enforcement authorities.

At least 13 people have been killed in India’s capital during President Trump’s trip to meet with Indian Prime Minister Narendra Modi. At least one Indian mosque was vandalized and torched by crowds chanting Hindu religious slogans and a Hindu flag was place on the minaret of the mosque.

“We are once again witnessing an explosion of violence targeting a religious minority and the word stands silent. The international community, including the United States, must speak out against the growing sectarian attacks in India fueled by anti-Muslim legislation and hate rhetoric emanating from the highest levels of Indian society.

“The timing of President Trump’s visit to India and his silence on anti-Muslim Indian legislation only added fuel to the fire.”

One report indicates that the sectarian mobs are using a Nazi-era technique targeting Jewish men now used to identify Muslims.

As described by the New York Times:

“A mob of Hindu men, their foreheads marked by a saffron stripe, angrily patrolled the streets carrying iron bars, clubs and a bright blue aluminum baseball bat. They were itching for a fight. The streets were littered with scraps of brick. All shops were closed and almost no women or children were out — except for two Hindu women brandishing sticks and threatening journalists. . .

“Several Muslim residents in Maujpur and adjacent neighborhoods said that police officers had stood by while they were attacked. In mob lynchings of Muslims in the recent past, in other parts of India, many people have made similar accusations against officials in Mr. Modi’s party, saying that the police officers under their command did not intervene.”

During his visit to India, Trump declined to criticize the discriminatory law.