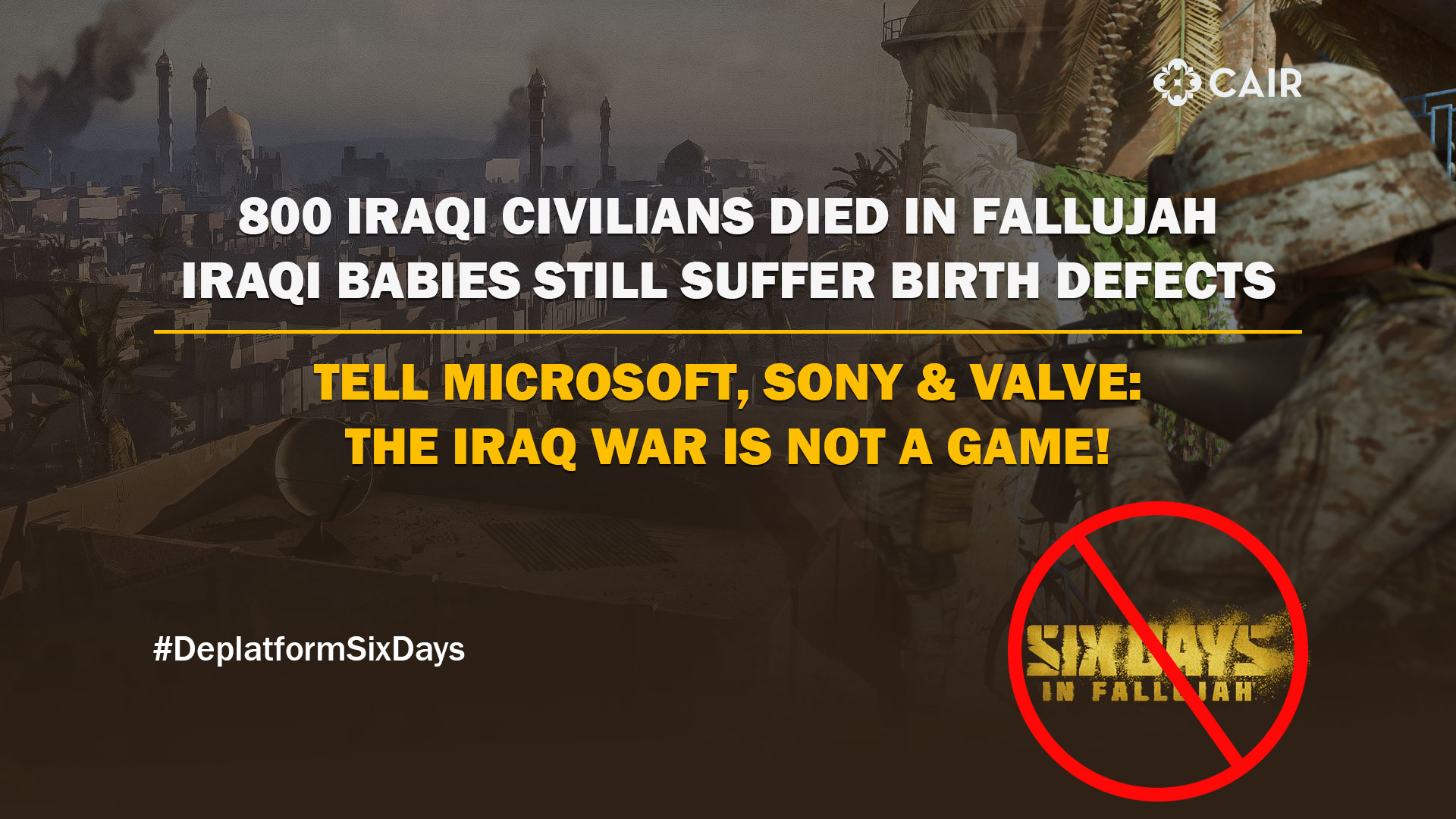 CAIR said that at its core, the game is an “Arab murder simulator” that glorifies violence that took the lives of over 800 Iraqi civilians, justifies the illegal invasion of Iraq and reinforces Islamophobic narratives.

The Second Battle of Fallujah was a violent and bloody battle during the Iraq War that left more than 800 civilians dead. The tragic episode was heavily criticized for the U.S. military’s tactics, including the use of white phosphorous. In the years since the battle, numerous Iraqi babies have been born in Fallujah with birth defects.

When the game was initially announced back in 2009 by Atomic Games, it received widespread criticism from the public, anti-war organizations, and veterans, forcing then-publisher Konami to drop the project. In 2016, former CEO of Atomic Games, Peter Tamte, formed his publishing studio, Victura, to support the game’s reemergence in 2021.

“We call on Microsoft, Sony and Valve to ban their platforms from hosting ‘Six Days in Fallujah,’ an Arab murder simulator that will only normalize violence against Muslims in America and around the world.”

“The gaming industry must stop dehumanizing Muslims. Video games like Six Days in Fallujah only serve to glorify violence that took the lives of hundreds of Iraqi civilians, justify the Iraq war, and reinforce anti-Muslim sentiment at a time when anti-Muslim bigotry continues to threaten human life.”

A 2019 study published in the journal Environmental Pollution found that babies born in Iraq with gruesome birth defects connected with the ongoing American military presence there. The study revealed that babies showing severe birth defects also had corresponding elevated levels of a radioactive compound known as thorium in their bodies.