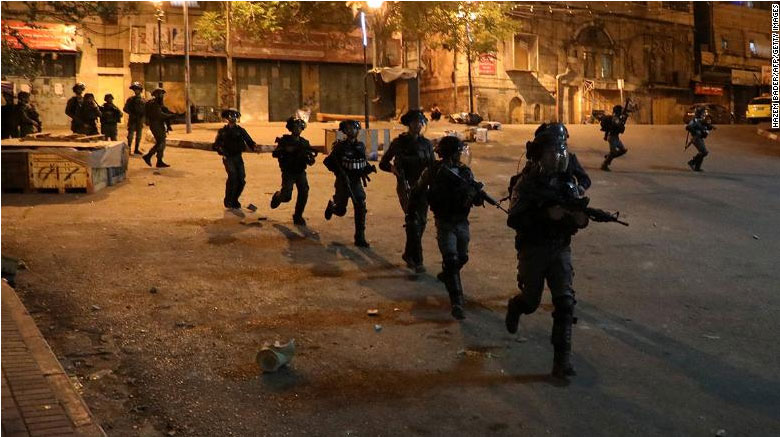 H.R. 2590 was introduced by Rep. Betty McCollum and has been co-sponsored by 16 Democratic members of Congress. The bill would ensure no U.S. taxpayer funds are used to support the Israeli military’s illegal detention of Palestinian children and unlawful destruction, transfer, or annexation of Palestinian land.

TAKE ACTION: TAKE ACTION: Urge Your Member of Congress to Support the Rights of Palestinian Children and Families

HRW’s 213-page report states in part: “Human Rights Watch found that the Israeli government has pursued an intent to maintain the domination of Jewish Israelis over Palestinians throughout the territory it controls. . .[T]hat intent has been coupled with systematic oppression of Palestinians and inhumane acts committed against them. When these three elements occur together, they amount to the crime of apartheid.”

“This detailed study shows that Israeli authorities have already turned that corner and today are committing the crimes against humanity of apartheid and persecution,” said HRW Executive Director Kenneth Roth.

A Threshold Crossed: Israeli Authorities and the Crimes of Apartheid and Persecution

In a statement, CAIR National Executive Director Nihad Awad, whose own family was ethnically-cleansed by Israeli militias, said:

“Today’s devastating Human Rights Watch report only states what has been obvious for decades to anyone who wants to see, that Israel – in fact and in law — engages in classic apartheid rule over the native population of Palestine. Our nation’s elected officials and policymakers must now – finally – take action to ensure that American taxpayer dollars cease funding Israeli racial segregation and oppression.

“CAIR is urging Congress to defund Israeli apartheid by supporting H.R. 2590, a bill introduced by Representative Betty McCollum that would ensure no U.S. taxpayer funds are used to support the Israeli military’s illegal detention of Palestinian children and unlawful destruction, transfer or annexation of Palestinian land.”