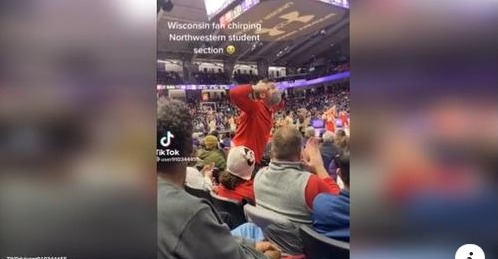 (CHICAGO, IL, 1/20/2022) – The Chicago chapter of the Council on American-Islamic Relations (CAIR-Chicago) today condemned an anti-Asian racist incident at a basketball game between Northwestern University and the University of Wisconsin-Madison. CAIR-Chicago also supported a state lawmaker’s call for action after another anti-Asian racist incident in Springfield, Ill.

A viral Tik Tok video shows a University of Wisconsin-Madison fan making racist gestures toward a group of Northwestern fans at a basketball game between the two universities on Tuesday. The video shows the fan being escorted out of the stadium by a Northwestern official and a police officer. The Wisconsin Badgers condemned the incident on Twitter, calling it “abhorrent & disgusting.”

Illinois State Representative Teresa Mah (D-Chicago) is calling on Lowes to take action and provide racial sensitivity training to employees after an alleged anti-Asian incident at a Springfield Lowe’s. A Chinese immigrant was reportedly told to “go back to your country” by another customer. When she reported the incident to Lowe’s staff, they told her to stop recording video and threatened to kick her out of the store. In her online petition, Rep. Mah said this was not the first anti-Asian incident she heard of happening at a Lowe’s.

“As racist incidents targeting Asian-Americans and other members of minority communities continue to rise both in Illinois and nationwide, it is important that lawmakers, leaders and community members speak out and take action against hate,” said CAIR-Chicago Executive Director Ahmed Rehab.