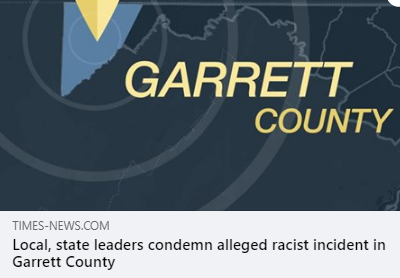 (BALTIMORE, MD, 12/16/20) – The Maryland office of the Council on American-Islamic Relations (CAIR), the nation’s largest Muslim civil rights and advocacy organization, is condemning the alleged harassment and intimidation of a family of Middle Eastern descent by members of the Ku Klux Klan (KKK) during a visit to the Deep Creek Lake area of Garrett County, Md., last weekend.

In an email to the Garrett County Chamber of Commerce and others, the family shared accounts of sightings of figures clad in white robes and KKK attire, including one with a “white coned hood and a red cross around his neck” on the rental property the family was staying at. They also listed other strange occurrences such as a figure in a vehicle circling the property multiple times and making eye contact with a male member of the family.

The family felt intimidated and unsafe and cut their visit short. The county sheriff’s office confirmed to CAIR that they are looking into the incident.

“CAIR condemns this alleged harassment and is urging the county sheriff’s office to conduct a swift and thorough investigation into the matter,” said CAIR’s Director in Maryland Zainab Chaudry. “Racism is still very much alive in our state, and we strongly denounce any attempt by white supremacist hate groups to intimidate and incite fear.”

“The Ku Klux Klan is a domestic terrorist group, and we must fight against these abhorrent acts and this disgusting organization. Racism still very much exists across our nation, even in our own backyards. We have to identify it, root it out, and we have to be better than this. Mountain Maryland is a beautiful place that everyone should be able to enjoy. It is a shame that these acts of hate and intimidation imperil the safety that every American should feel when they travel. We must be better than this.”