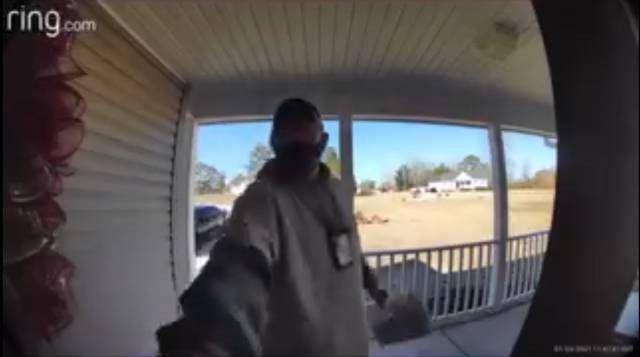 (WASHINGTON, D.C., 1/26/2021) – The Council on American-Islamic Relations (CAIR), the nation’s largest Muslim civil liberties and advocacy organization, today condemned antisemitic vandalism at the University of North Carolina at Chapel Hill, condemned a racist outburst in Rockingham, N.C., and joined a local NAACP chapter in asking for the removal of a Confederate Monument in Statesville, N.C.

In Chapel Hill, N.C., several offices were vandalized at the University of North Carolina at Chapel Hill in the Campus Y building, the building that serves as the hub for social justice and equality.

A racial epithet was reportedly written on a whiteboard and other hateful messages were directed at women and people of color. Campus police have issued two warrants for a suspect’s arrest.

In Rockingham, N.C., a man who was raising money for the Richmond County Rescue Squad to help them with their annual fundraiser was fired after a video surfaced of him having a racist outburst while waiting for someone to open their door.

The man knocks on the door and waits for about 30 seconds before getting visibly frustrated and going on a racist rant, reportedly unaware that a doorbell camera was recording him. He reportedly said, “Come on man answer the god**** door you f***ing n****r,” and “You’re a f***ing n****r.”

In Statesville, N.C., the local NAACP in for the removal of a Confederate monument outside of the Iredell County Government Center. There have been efforts to remove the statue for several years, however, despite protests, there has been no progress toward a resolution.

SEE: Debate to remove the Confederate Monument outside of the Iredell County Government Center

“We condemn anti-Semitism and racism in all of its forms and call on local officials and organizations to promote a more accepting and inclusive environment that rejects bigotry and supports all minority communities,” said CAIR National Communications Manager Ayan Ajeen.

Ajeen said the American Muslim community and CAIR are standing in solidarity with all those challenging anti-Black racism, xenophobia, Islamophobia, anti-Semitism, white supremacy, and all other forms of bigotry.