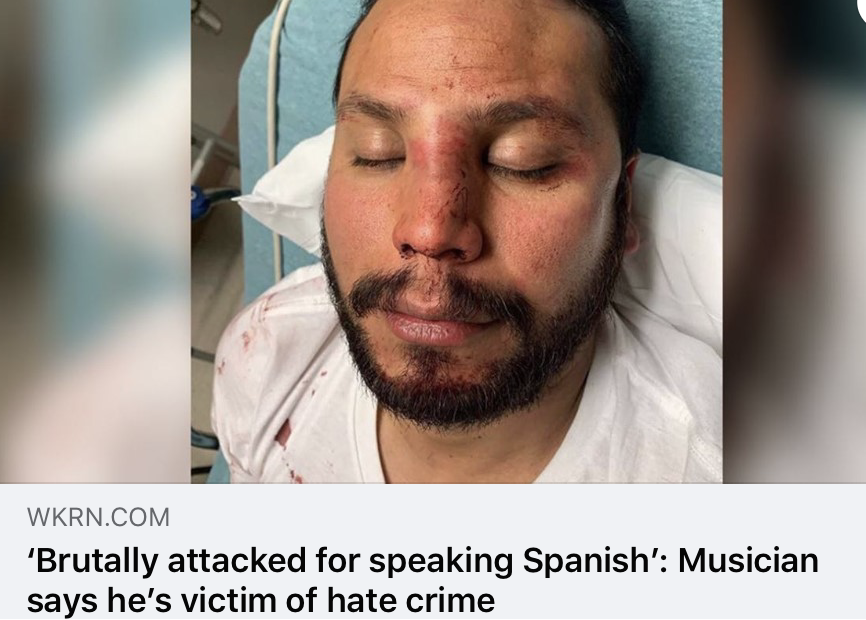 One of the victims of the Franklin assault, musician Lorenzo Molina Ruiz, reported someone said, “Speak f*****g English! You are in America” before he was attacked. The restaurant staff allegedly refused to call police and instead kicked the two victims out. The two men were treated in Vanderbilt University Medical Center’s emergency room for multiple injuries.

A federal appeals court ruled against former Metro Government Emergency Operations Center dispatcher Danyelle Bennett on Tuesday. Bennett was placed on paid leave and eventually fired after she posted a racial slur on her public Facebook page. In response to a comment, Bennett replied, “Thank god we have more America loving rednecks. Red spread across all America. Even (n-word) and Latinos voted for Trump too!”

“These types of incidents are reminders of how racism, xenophobia and white supremacy negatively impact our society and that we must condemn and stand against bigotry in all of its forms.”