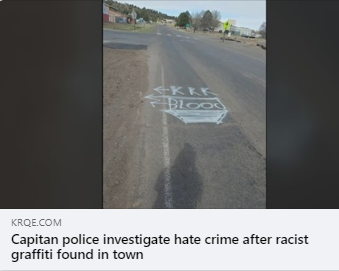 In North Carolina, a Confederate Memorial Day celebration will be held at a church in Yadkinville, N.C., on Saturday, May 8.

In New Mexico, racist graffiti such as “KKK” and “f*** n******” was sprayed around the village of Capitan and is being investigated as a hate crime.

“Our nation’s dark history of slavery, systemic anti-Black racism and white supremacy should be repudiated, not celebrated,” said CAIR National Communications Director Ibrahim Hooper. “Until all Americans reject bigotry and hate, we will continue to witness racist incidents carried out by those who fear a diverse and inclusive society.”