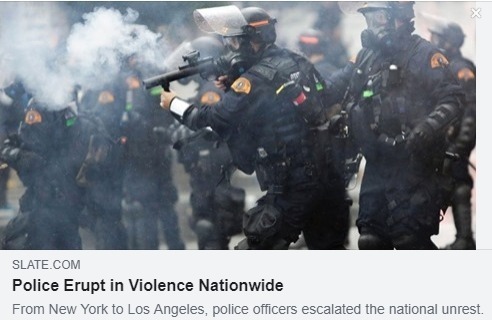 CAIR-Minnesota to join coalition news conference on media coverage of protests, rally to demand arrest of all officers

“Engaging in police brutality at a protest against police brutality is a surefire way to escalate the unrest occurring on streets across our nation. The imposition of a curfew does not give any police officer free reign to gas, beat, shoot rubber bullets at, or otherwise attack protesters and journalists.

“Although we are not surprised to see that extremists and infiltrators continue to use peaceful protests as an opportunity to engage in violence, we expect and demand better from the law enforcement officers sworn to serve and protect their communities.”

[MEDIA ADVISORY: Later today, CAIR’s Minnesota chapter and coalition partners will take part in a noon news conference at the State Capitol to discuss media coverage and official statements on the protests.

WHAT: Coalition News Conference on Media Coverage of Protests

On Monday, June 1, CAIR-Minnesota plans to take part in a rally at the Governor’s Mansion to renew the demand for the arrest of all officers involved in the killing of George Floyd.

WHAT: Rally to Call for Arrest of All Officers involved in George Floyd Killing

CAIR-Minnesota has called on prosecutors in Minnesota to end the nationwide unrest by immediately arresting and charging the three other police officers involved in the death of George Floyd.

SEE: CAIR-Minnesota Calls for Arrest of All Officers Involved in George Floyd Killing, Asks That No Bail Be Granted

CAIR’s Oregon chapter also issued a joint statement against the curfew in Portland.