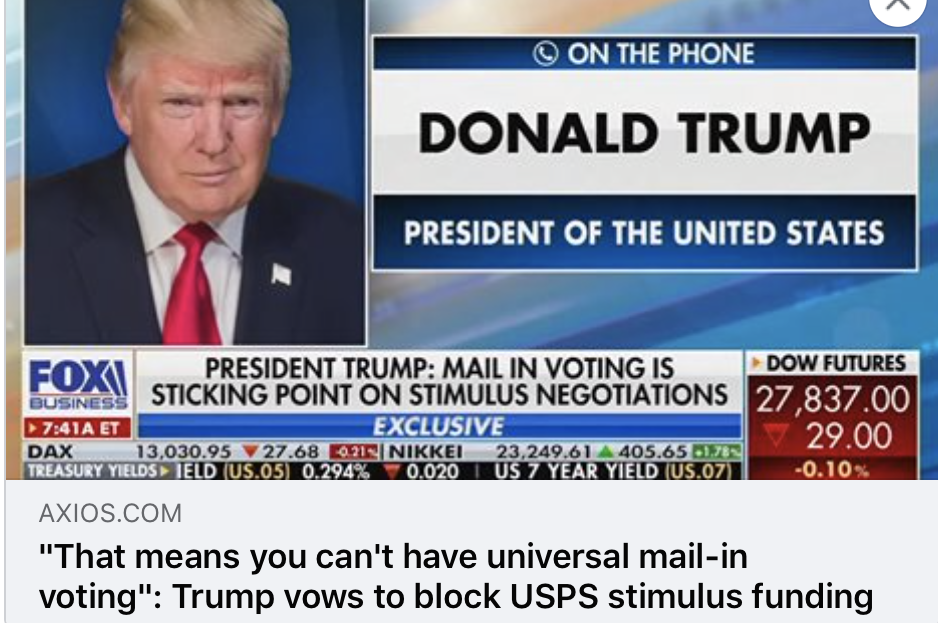 (WASHINGTON, DC, 8/14/20) — The Council on American-Islamic Relations (CAIR), the nation’s largest Muslim civil rights and advocacy organization, today condemned President Trump for his “unapologetically fascist and unconstitutional attack on the American people” following his admission that he is purposefully blocking additional funding for the U.S. Postal Service to increase its capacity to handle the expected surge in voting by mail this November.

Yesterday during a Fox Business News interview, Trump admitted that his administration is stalling congressional negotiations on the next COVID-19 relief package because it includes Democratic-backed provisions to increase funding to assist the U.S. Postal Service’s processing of election mail. Without that additional money, the postal service will not be able to handle the expected increase in mail-in ballots.

Trump said on “Mornings with Maria”: “They need that money in order to have the post office work so it can take all of these millions and millions of ballots.” He added, “If they don’t get those two items, that means you can’t have universal mail-in voting because they’re not equipped to have it.”

“Trump’s blatant attempt to undermine voting-by-mail attacks the very foundation of American democracy and reveals his clear fear of having an open, free and fair election.

“Regardless of how Trump tries to prevent Americans from voting thisupcoming general election, the people will prevail in deciding who will lead ournation out of the COVID-19 pandemic.”

The guide contains a list of upcoming election dates, whether an excuse is needed to vote absentee and deadlines for requesting and submitting absentee ballots.

If you believe your voting rights have been violated, please contact CAIR at 202-742-6420 or civilrights@cair.com.