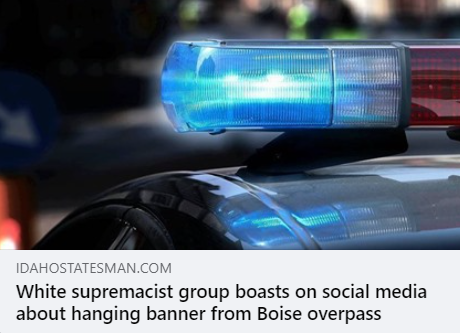 In Boise, Idaho, a white supremacist banner containing racist and derogatory wording was taken down from an overpass on Interstate 84. The group Patriot Front publicly took responsibility for the incident as they self-promoted the banner on their social media.

Patriot Front is regarded as hate group and was founded by Thomas Rousseau, a former leader of a neo-Nazi group. He published a manifesto that includes “a call for the formation of a white ethnostate.” Police say they are seeing an increase of activity in Boise from Patriot Front.

In South Carolina, a bipartisan group of lawmakers introduced a hate-crimes bill this month that would increase penalties for crimes based on race, gender or sexual orientation. South Carolina remains one of only three states that do not have hate-crime laws.