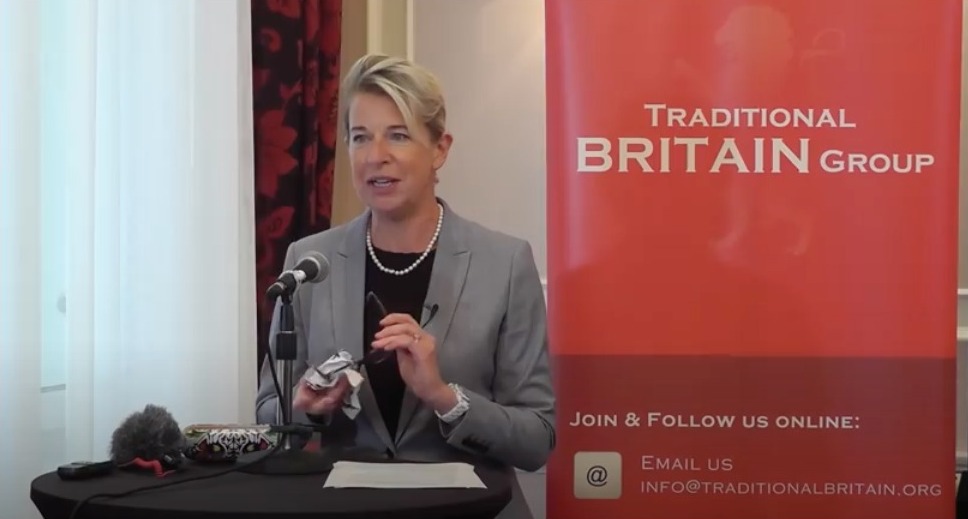 The pro-Trump Western Conservative Action Network held a conference in Salt Lake City over the weekend. Hopkins, one of the featured speakers, reportedly said: “I am a straight, white, Christian, conservative, married mother of three children under the age of 16. Where I come from, I’m virtually an endangered species. I am right up there with the black rhino…But, he has an advantage because he’s black.”

The audience reportedly responded with laughter to both bigoted statements.

Hopkins is infamous for using the term “final solution” to describe how the UK should respond to a deadly bombing in that country. That same phrase was used by the Nazis to describe the genocide targeting Europe’s Jewish population. She has also previously said that Islam “disgusts her” and has promoted the white geocide conspiracy theory.

“Islamophobes and white supremacists like Katie Hopkins make the world a more dangerous place for Muslim and members of racial minorities. Islamophobic hate-mongering can inspire real-world attacks on Muslims. We condemn her comments and urge all Americans to come together in rejecting racism, Islamophobia and white supremacy.”