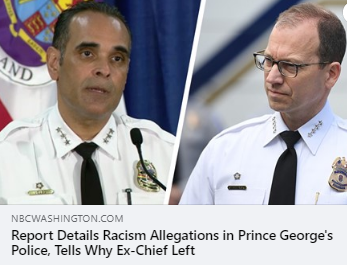 (BALTIMORE, MD, 2/23/21) – The Maryland office of the Council on American-Islamic Relations (CAIR) today condemned a reported pattern of racism and misconduct by Prince Georges County Police Officers in Maryland detailed in a report released yesterday and is joining the Prince Georges County Peoples’ Coalition and other civil rights and advocacy groups in calling for sweeping reforms.

The Graham Report, named after Los Angeles assistant sheriff Michael Graham – who was hired by the plaintiffs in a 2018 lawsuit filed by members of the Hispanic National Law Enforcement Association and the United Black Police Officers Association – was compiled after a comprehensive review of the police department’s demographic and internal affairs data from 2013 to 2019.

After remaining heavily redacted for several months at the county’s request, it was finally unsealed yesterday after a strong push by community members and advocacy organizations and was revealed to contain the names of dozens of officers and department heads who either engaged in racist, discriminatory misconduct, or allowed it to go unpunished.

In some cases, these same officers were also responsible for evaluating whether use of force against mainly Black and Hispanic civilians was excessive.

CAIR is joining the Prince George’s County Peoples’ Coalition and other groups to make five demands: