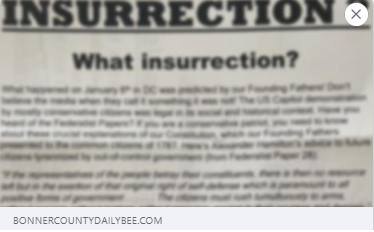 The mailing reportedly came from to the Northwest Front white supremacist group and was addressed to a man whose wife is bi-racial.

“We condemn this apparent act of intimidation by white supremacists and urge people of all faiths and backgrounds in Idaho to speak out forcefully against the racism that leads to such troubling incidents,” said CAIR National Communications Director Ibrahim Hooper.

Video: CAIR Says ‘Throw ‘Confederate Heritage Month’ into the Dustbin of History Where it Belongs’