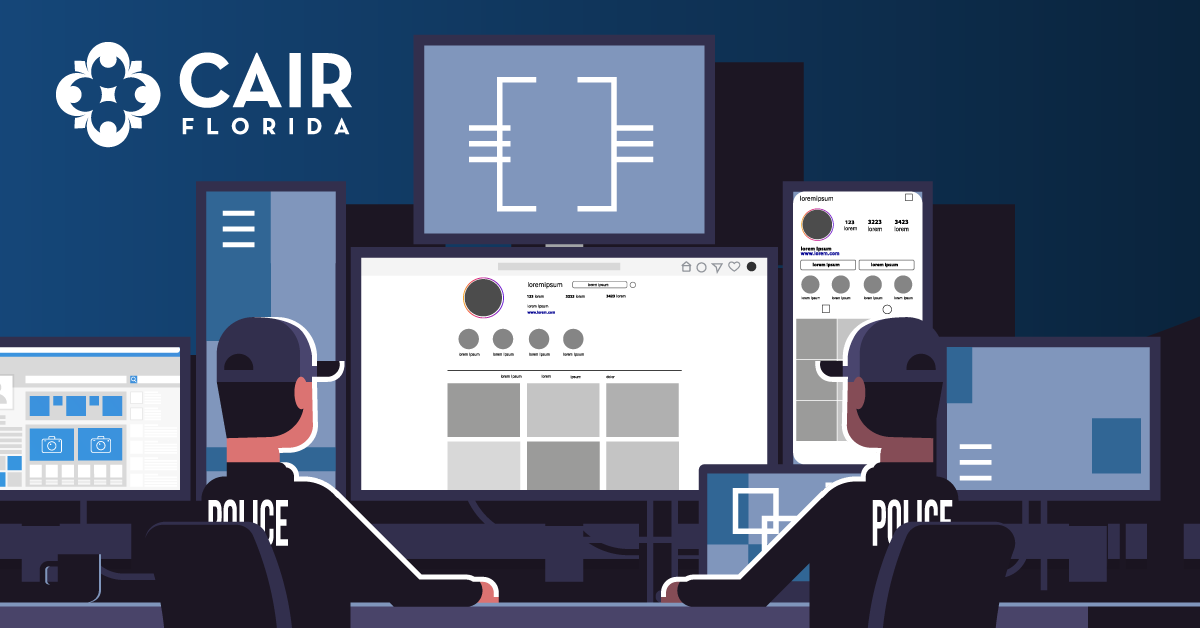 Coalition Applauds the U.S. Department of Education’s Investigation into the Program

PASCO COUNTY, Fla. (April 27, 2021) – Today, the Florida chapter of the Council on American-Islamic Relations joined a 30-member coalition of local, state-based, and national organizations to announce the formation of the PASCO Coalition: People Against the Surveillance of Children and Overpolicing, and to call on the Pasco County School District to stop its practice of illegally sharing confidential student information with the Pasco County Sheriff’s Office.

The PASCO Coalition will host a town hall on Saturday, May 8, 2021, to discuss the data-sharing program and students’ privacy rights. For more information about the event, the PASCO Coalition, or to report if you think you, your child, or your family has been targeted, contact the PASCO Coalition at (727) 371-6199 or thePASCOcoalition@gmail.com.

The program is described at length in the Sheriff’s 2018 “Intelligence-Led Policing Manual” and the 2020-21 School Resource Officer and Safety Program Funding Agreement; but, there is little about the program grounded in reliable or relevant intelligence evidence-based methodology. Experts cited in the manual have criticized the Sheriff’s approach as “fl[ying] in the face of the science.”

According to the Sheriff, the program enables law enforcement to “identify at-risk youth who are destined for a life of crime.” Based on student data, including absences and grades, law enforcement records, and records from the Florida Department of Children and Families, the Sheriff assigns a score to every youth labeled “at-risk” by the Pasco County Schools to create a secret list of targeted youth. The Sheriff then uses that secret list to illegally harass and surveil young people in the community, which is particularly troublesome in a school district with stark racial disparities in school discipline. For example, U.S. Department of Education data shows that though Black students comprise only 7% of the student population in Pasco County Schools, 23% of the students that the School District expels are Black.

Following a series of investigative articles exposing the workings of the Sheriff’s program last fall, community members and organizations from across the county, state, and country came together to seek an end to the Sheriff’s unlawful practices and to urge Pasco County Schools to stop sharing private student data with law enforcement without parental consent or notification.

Earlier this week, the U.S. Department of Education launched an investigation into Pasco County Schools for its role in the data-sharing program. The PASCO Coalition issued the following statement in response:

“The school district’s data-sharing policy jeopardizes the safety of vulnerable student populations, exacerbates educational inequities, and violates the rights of students and parents. We applaud the U.S. Department of Education for launching an investigation into the school district’s data-sharing practices. In addition to concerns related to student privacy, we urge the Department to thoroughly examine the unique impact of the school district’s data-sharing policy on students of color, students with disabilities and other vulnerable youth. The PASCO Coalition is hopeful that the Department’s investigation will spark widespread attention to much-needed guidance and training on the Family Educational Rights and Privacy Act (FERPA), which will prevent other schools from sharing private student information that could be used to surveil and police children.”

Coalition members include but are not limited to the following: