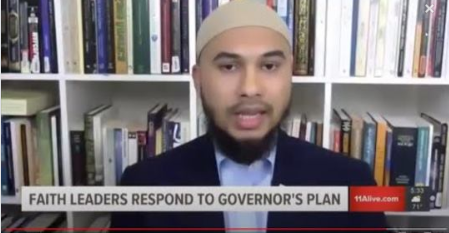 (ATLANTA, GA – 4/22/2020) — The Georgia chapter of the Council on American-Islamic Relations (CAIR-Georgia), the Islamic Circle of North America (ICNA), Muslims of the United States of America (MOUSA), and Majlis Ash-Shura today announced that a coalition of Georgia’s largest mosques have agreed to remain closed during the month of Ramadan, which begins on or about April 24, despite Governor Kemp’s new executive order permitting Georgians to return to houses of worship.

However, Islamic theology teaches that the “highest objective is to protect and preserve life,” and that “avoiding harm takes precedence over acquiring benefit.” Despite Governor Kemp’s announcement that houses of worship can hold limited religious services, Georgia’s largest mosques are advising all American Muslims to continue practicing social distancing to protect members of the public from the spread of COVID-19.

The coalition of Georgia mosques recommends that all mosques and community centers implement online and other creative platforms to engage and fulfill the spiritual, social, and educational needs of their community. Moving these services to virtual platforms fulfills a communal need while limiting the possibility of harms occurring from the lack of social distancing.