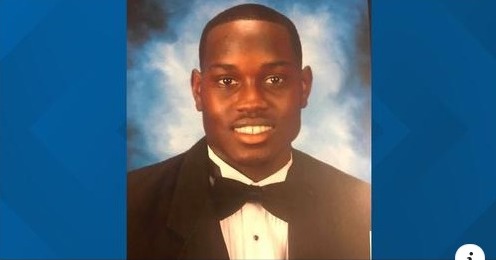 (Atlanta, GA, 11/25/2021): The Georgia chapter of the Council on American Islamic relations today welcomed the guilty verdicts for Travis and Gregory McMicheal and William Bryan for the murder of Ahmaud Arbery committed in February 2020.

However, were it not for immense public outcry after the release of the video of the crime, Ahmaud Arbery’s death would have remained unpunished and the murderers free.  Ironically, the video, released in May 2020, was only leaked in an attempted defense of the vigilante murderers and not as evidence against them.

Through the course of this trial, the inherent racism of the criminal justice system and prejudice harbored by those working in it has been highlighted repeatedly. From the initial obstruction of justice and mishandling of the case by then Glenn County District Attorney Jackie Johnson, to the bias in jury selection, the objections to the presence of Black pastors in the courtroom, and the dehumanization of Ahmaud Arbery in court by defense attorney Laura Hogue, Ahmaud was let down by the system that purports to protect victims.

“While we welcome the jury’s verdict in holding Ahmaud Arbery’s killers accountable for his murder, true justice would have seen Ahmaud return safely to his family. This verdict is not an affirmation of the strength of our criminal justice system but an exception to the rule in an unjust and intentionally racist institution.”

CAIR-Georgia stands by Ahmaud’s parents Wanda Cooper-Jones and Marcus Arbery as their two-year long fight for accountability ends. At the same time, CAIR-Georgia echoes the calls made by local coalition Beyond the Verdict to continue to organize and emphasize the need for transparent investigation of police misconduct and prosecutorial accountability.

“Ahmaud’s case itself is a portrait of the top-down rottenness embedded in our houses of justice: from the state’s initial insidious refusal to bring charges against the perpetrators to the defense attorney’s disgusting and racist diatribe against Ahmaud in closing arguments. We stand with Ahmaud’s family and the Brunswick community in our call for accountability “beyond the verdict.” We demand institutional change in dismantling the systems that perpetuate racist violence against people of color and we demand it now.”

CAIR is the nation’s largest Muslim civil rights organization. Its mission is to empower American Muslims, promote justice, and enhance the understanding of Islam.