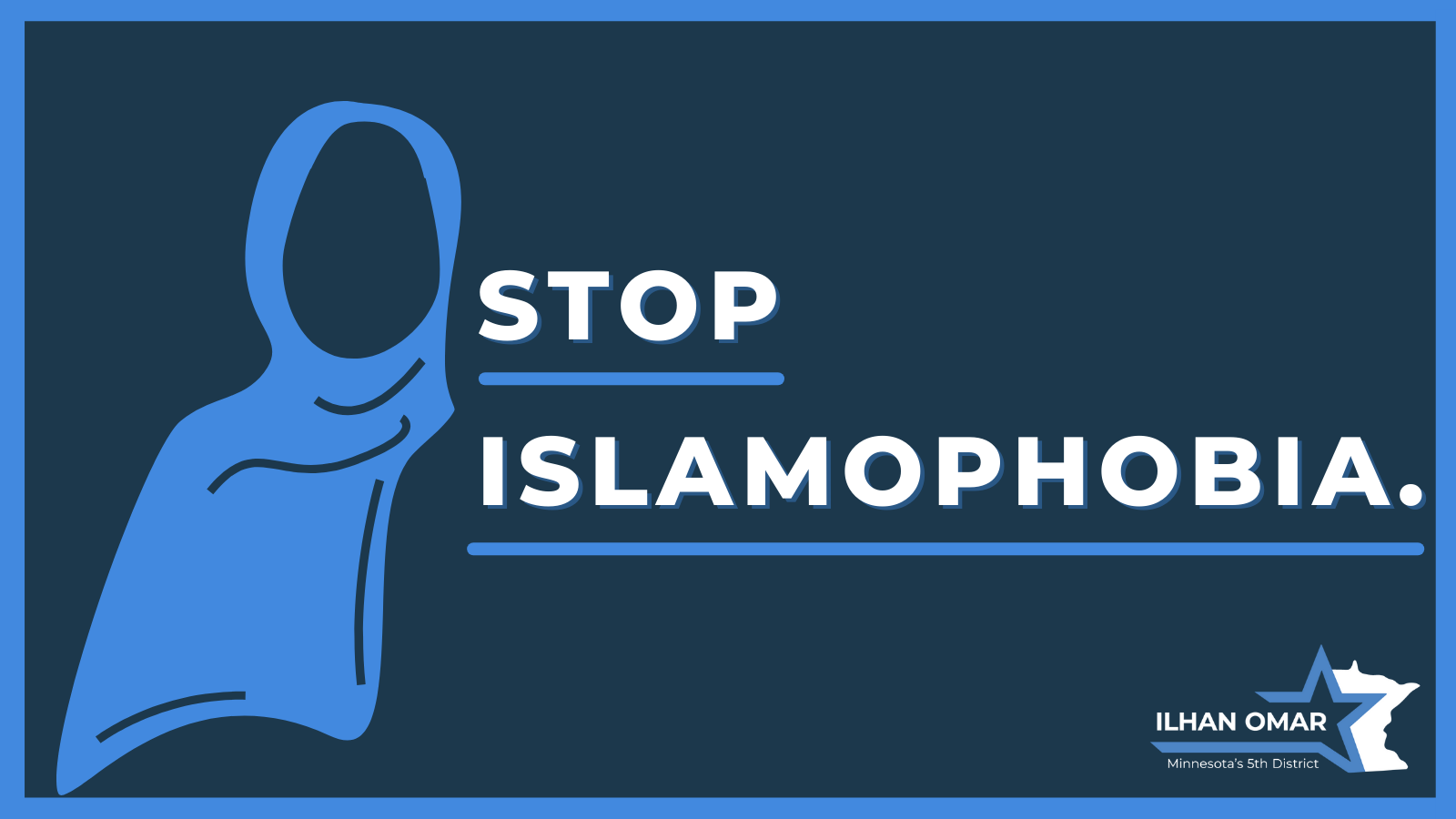 (WASHINGTON, D.C., 12/13/21) – The Council on American-Islamic Relations (CAIR), the nation’s largest Muslim civil rights and advocacy organization, today joined 53 organizations in a letter to members of Congress in the U.S. House of Representatives urging they vote “YES” on Congresswomen Ilhan Omar and Jan Schakowsky’s Combating International Islamophobia Act (H.R. 5665). The bill is expected to receive a vote on the House floor sometime tomorrow.

H.R. 5665 would establish a special envoy office at the U.S. State Department to monitor and combat international Islamophobia.

“CAIR urges every member of the House to vote ‘YES’ in support of the Combating International Islamophobia Act.

“It is important to American Muslims, and Muslims around the world, that Congress approves this unique tool to combat the growing international threat of Islamophobia.

“H.R. 5665 provides our nation with the necessary tools to ensure the safety and wellbeing of Muslims in the United States that travel abroad and live around the world, given the transnational nature of Islamophobic hate.

“We also look forward to the bill advancing in the U.S. Senate in the coming weeks.”

About the Combating International Islamophobia Act

Introduced on October 21, the act is currently co-sponsored by 47 Democratic members of the U.S. House of Representatives, including Congressman Gregory Meeks (D-NY), chair of the House Foreign Affairs Committee, and Reps. Karen Bass (D-CA), Joaquin Castro (D-TX) and Albio Sires (D-NJ), who are subcommittee chairs of the Foreign Relations Committee.

In January, the U.S. Council of Muslim Organizations sent a letter to the Biden Administration calling on the State Department to establish the special envoy position.

H.R. 5665 would compel the State Department to develop a more comprehensive approach to fighting the global increase of Islamophobia, increasing its capacity to monitor and confront state and non-state actors.

The two primary aims of the Combating International Islamophobia Act are:

The act would also provide valuable information for understanding Islamophobia as a global phenomenon and give the U.S. a new tool to combat it.

In its 2021 annual report, the United States Commission on International Religious Freedom (USCIRF) identified three Countries of Particular Concern primarily for their treatment of Muslims.

Several additional countries listed by USCIRF were identified as having patterns of mistreatment and human rights violations against either their entire Muslim populations or particular sects of Muslims. This includes several Muslim-majority countries.

State acts of persecution and violence against Muslims can be found in India and Burma – ​in addition to China, which the United States recognized as committing a genocide and crimes against humanity against Uyghur Muslims and other Turkic minority groups living the country’s Uyghur region.

Anti-Muslim rhetoric, bigotry and acts of violence also go together with the rise of political parties that outwardly attack the rights of Muslims, especially in France and other parts of Europe.

Transnational white supremacist and Islamophobic hate group networks have also inspired their followers to commit acts of anti-Muslim violence and terrorism, including but not limited to the tragic summer 2021 murder of a Muslim family in London, Ontario and the 2019 Christchurch, New Zealand Mosque shootings.