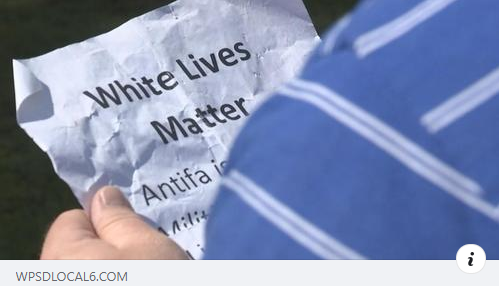 The “White lives matter” flyer, found in Ziploc bags in driveways, on cars and other property, includes obscenities and white supremacist and anti-Semitic rhetoric.

“We condemn this bigoted campaign to promote racism and hate in our state,” CAIR-Kentucky Chair Salah Shakir said. “Every American must stand with those who respect diversity and reject all forms of bigotry.”

He noted that CAIR Kentucky has previously condemned a racist threat placed in a student’s backpack, and the distribution of white supremacist propaganda in Scott County.