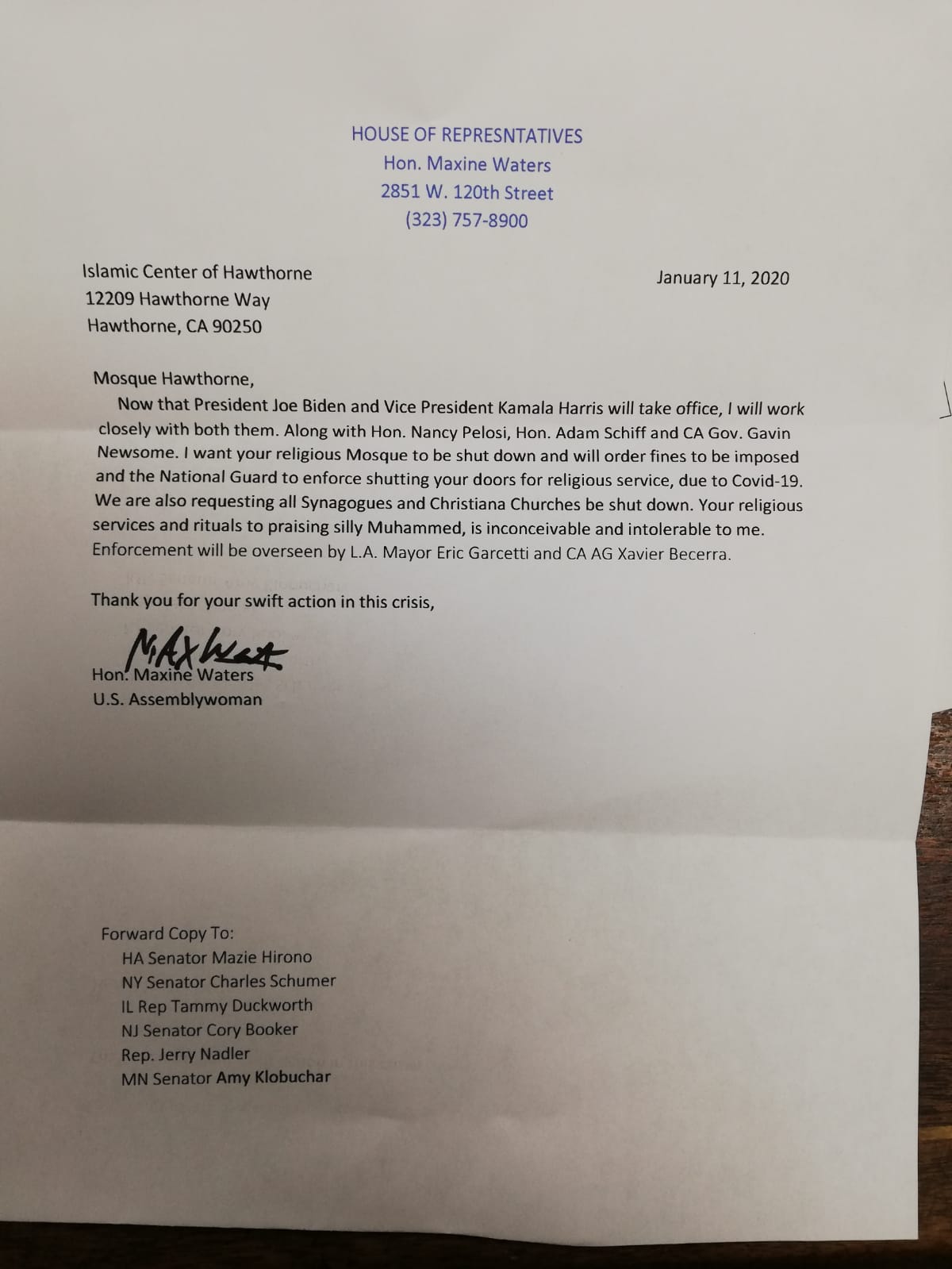 (LOS ANGELES, CA – 2/4/2021) – The Greater Los Angeles Area office of the Council on American-Islamic Relations (CAIR-LA) today condemned a letter sent to the Islamic Center of Hawthorne falsely claiming to be from the office of Congresswoman Maxine Waters’ office, threatening to send the National Guard to close the mosque.

The letter, filled with typos and inaccuracies, warns the mosque that the letter’s sender – purportedly Waters – wants it “shut down and will order fines to be imposed and the National Guard to enforce shutting your doors for religious service … as well as synagogues and Christiana (sic) churches.”

The letter ends with: “Your religious services and rituals to praising silly Muhammed, is inconceivable and intolerable to me.”

CAIR-LA reported the letter to Waters’ office, which referred it to Capitol Police for investigation.

“The occupant of the White House has changed, but as the attempted insurrection at the U.S. Capitol showed, the flames of bigotry, religious intolerance and anti-Muslim hate are still burning bright in the hearts of some twisted individuals.

“This letter shows that hatred was not contained to our nation’s political center, but is spreading through our cities and targeting mosques, synagogues and churches. This type of harassment of American citizens exercising their First Amendment rights cannot stand.”

He urged mosques and other Islamic institutions to take measures outlined in CAIR’s “Best Practices for Mosque and Community Safety” booklet. Advice offered in CAIR’s security publication is applicable to all institutions, regardless of organizational mission.

Ayloush also asked community members to report any bias incidents to police and to CAIR-LA’s Civil Rights Department at 714-776-1177 or by filing a report at:  https://bit.ly/2L9Ezsw.