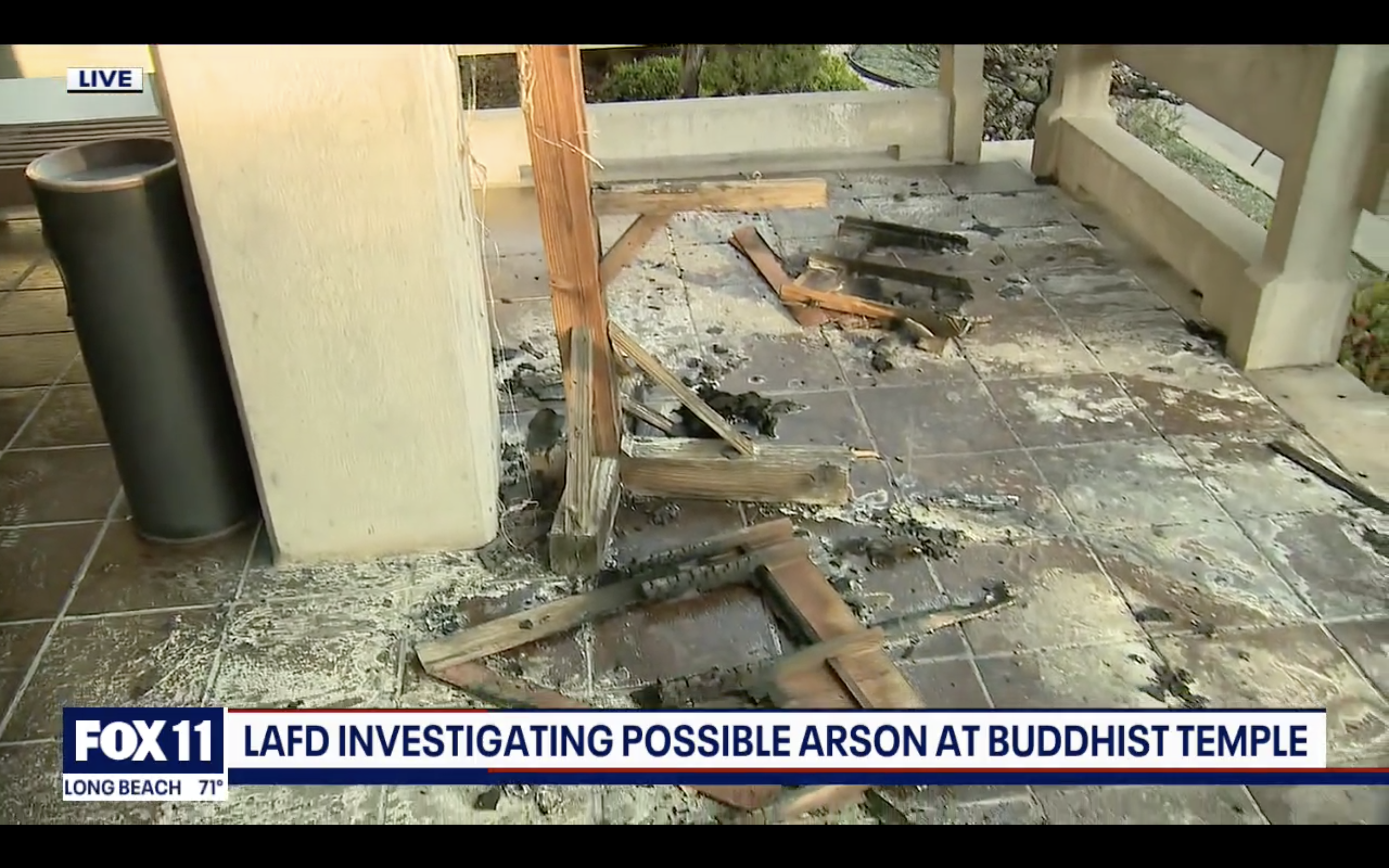 According to the FOX/11, the Los Angeles Police Department responded to an incident at Higashi Honganji Buddhist Temple in the evening on Feb. 25. A pair of wooden lantern stands were burned, melting the electrical lamps above them. Two metallic lanterns were ripped off their concrete bases and a 12-foot-high glass window was destroyed by a lime-sized rock.

“We express our solidarity and support of the Japanese American community in the wake of this desecration of a place of worship and unequivocally condemn acts of discrimination and hate crimes directed against Asian Americans, particularly in the wake of the COVID-19 pandemic.

“We commend the LAPD for investigating this incident as a hate crime and look forward to the apprehension of a suspect.”