CAIR-MA Offers Reward for Info on Islamophobic Vandalism in Revere 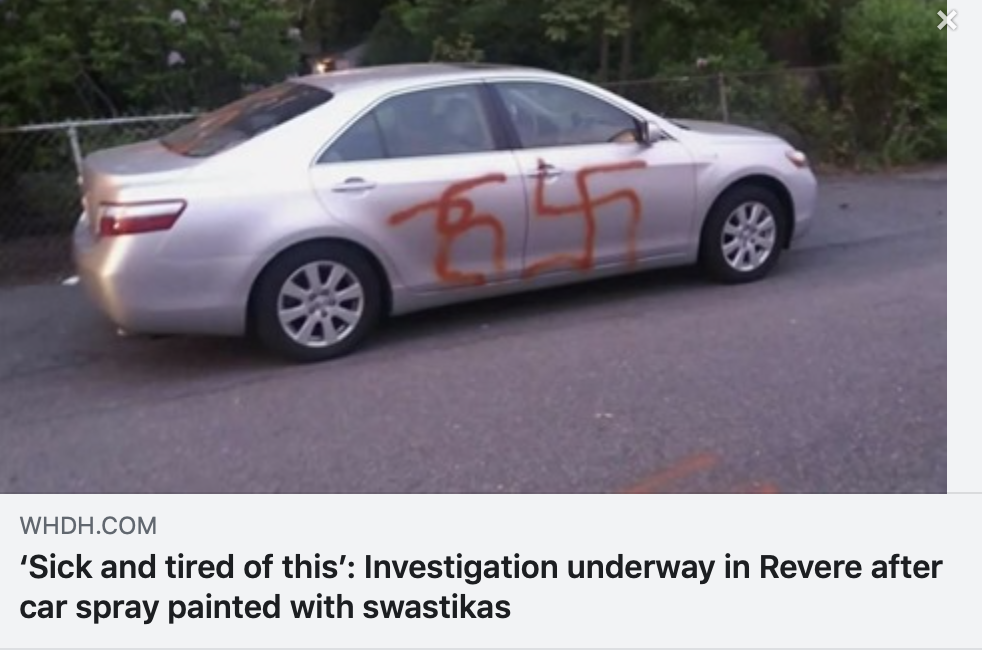 (BOSTON, MA, 6/22/20) – The Massachusetts chapter of the Council on American-Islamic Relations (CAIR-MA) today offered a $1,000 reward for information leading to the arrest and conviction of the person or persons who spray painted Nazi swastikas on all four sides of a Muslim woman’s car.  The vandalism was discovered in the early morning hours of June 11.  Police officers responding to the scene also found “white power” spray painted on the street.

“CAIR-MA condemns this appalling act of hatred,” said CAIR-MA Civil Rights Director Barbara J. Dougan. “The perpetrator made his views clear with a can of spray paint.  But we know that many residents of Revere are outraged by such a blatant hate crime and are raising their voices to send their own message: this kind of behavior will not be tolerated.”

CAIR-MA is offering a $1,000 reward to help bring the perpetrator to justice. Anyone with information is urged to call the Revere Police Department at 781-656-1131.

The owner of the car is a Muslim woman who wishes to remain anonymous for her own safety. She directed her comments to the perpetrator.  “You may not like me because I wear hijab, but you don’t even know me.  I use my car for my job, delivering medical supplies for sick people.”  The owner’s car is still in the shop, forcing her to bear the cost of renting a car and paying the deductible required by her insurance policy.  “You hurt me with your hate, but you also hurt the sick people I am trying to take care of.  If you are from Revere, you hurt your entire community.”

Her husband, who also fears further harm if identified, expressed his frustration. “This is the fourth time my wife’s car has been vandalized.  This is too much.  I want the City of Revere to take this seriously and do something so it doesn’t happen again.”