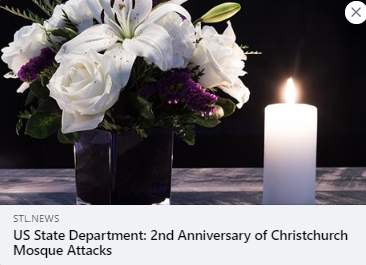 CAIR also extended condolences to the families impacted by the 2019 terrorist attack on two Christchurch, New Zealand mosques by a white supremacist, who killed 51 men, women and children.

“As we mark the second anniversary of the horrific Christchurch mosque attacks in New Zealand, we pray that God comforts the victims and families impacted by this tragedy. We also call on nations across the world to unify against the growing and interconnected epidemic of white supremacy and anti-Muslim bigotry. We are seeing a rise in ethno-nationalism and white supremacy in the form of right-wing political parties that spew bigoted rhetoric endangering the lives of Muslims and people of color around the world. It is the responsibility of elected officials to address this behavior to ensure we all live in a world that rejects racism, xenophobia, white supremacy, and other forms of dangerous bigotry.”

Last year, CAIR marked the first anniversary of the New Zealand mosque attacks with a call for unity between faiths and nations.