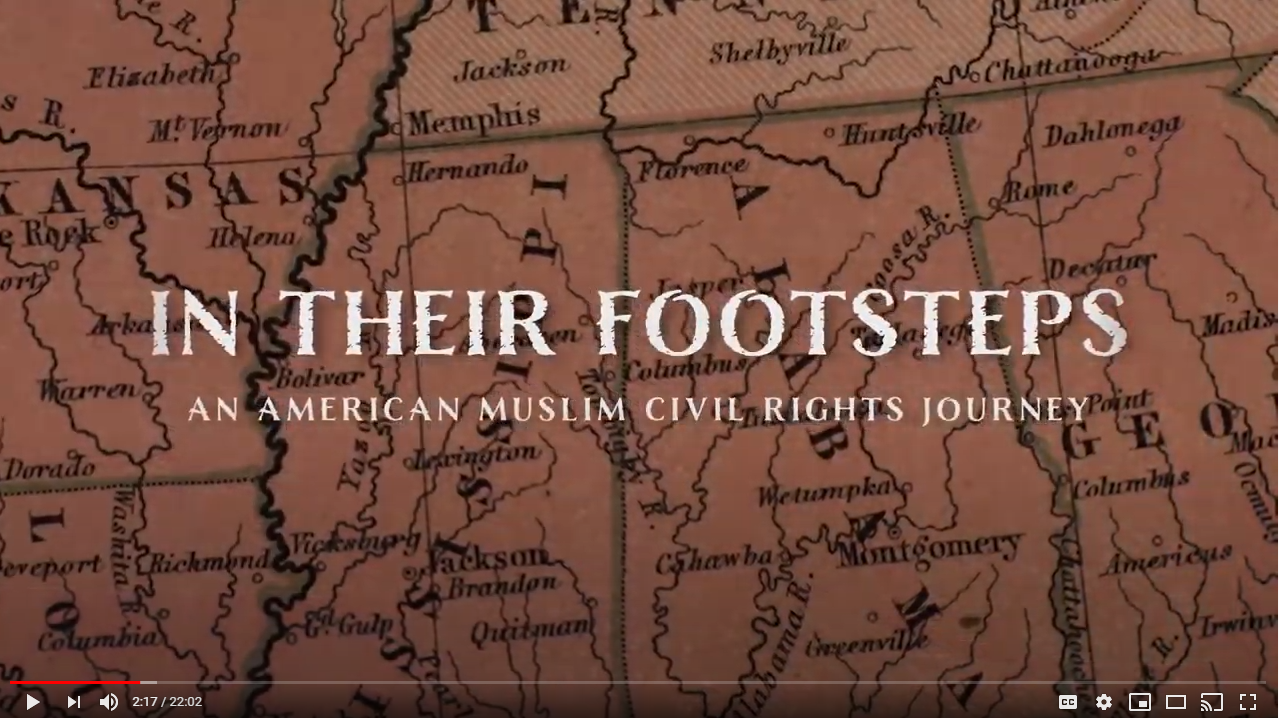 ‘In Their Footsteps: An American Muslim Civil Rights Journey’ follows Muslim leaders as they learn about history of slavery, lynching, segregation

(WASHINGTON, D.C., 6/19/20) – Today, the Council on American-Islamic Relations (CAIR) will mark Juneteenth with the re-release of a short film, “In Their Footsteps: An American Muslim Civil Rights Journey.”

CAIR will go live on Facebook and YouTube at 3 p.m. ET to screen the film followed by a Q&A with special guests CAIR-NJ Communications Director Abdul Alim Mubarak-Rowe and Mustafa Carroll from CAIR-Texas.

Video: ‘In Their Footsteps: An American Muslim Civil Rights Journey’

The 21-minute film features some 30 American Muslim civil rights leaders who journeyed through Alabama to learn about the history of slavery, lynching, segregation, and about present-day racial injustice.

During the journey, the Muslim leaders attended the inauguration of the National Memorial for Peace and Justice in Montgomery and learned from experts at the historic 16th Street Baptist church, the Birmingham Civil Rights Institute, the Southern Poverty Law Center, and the Civil Rights Memorial.

CAIR’s film offers deeply personal and emotional reflections from American Muslims — including African-American Muslims — who lived through segregation and Jim Crow laws, and for whom the journey brought back memories from their own lives.

The film was produced by True Intent Productions and CAIR.