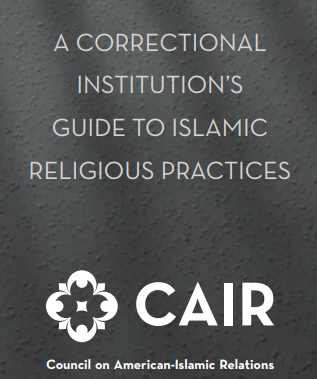 (FARMINGTON HILLS, MI, 07/06/2020) – The Michigan chapter of Council on American Islamic Relations (CAIR-MI), a local chapter of the nation’s largest civil liberties and advocacy organization, today announced its appearance as counsel on behalf of a Jewish man who was denied a religious Kosher diet while being housed at the Macomb County Jail in 2017.

CAIR-MI has filed a notice of appearance as legal representative of the Plaintiff Brandon Resch in the lawsuit.

“Under no circumstances do a person’s religious rights depend on whether or not they are a member in good standing of a religious organization,” said CAIR-MI Staff Attorney, Amy V. Doukoure. “Macomb County’s policy of requiring an individual housed in its jail to contact a religious leader — at their own expense and when they may not have access to phone numbers and addresses — to obtain a letter  of ‘good standing’ prior to being afforded a religious diet places an undue burden on the individual’s religious practice in violation of the Constitution and the law.”

She added that it is CAIR-MI’s position that it is important to protect the religious liberties of members of all faiths and the Muslim civil rights organization views this case as a matter of importance to members both the Jewish and Muslim communities who observe dietary restrictions based on their fundamental religious beliefs.