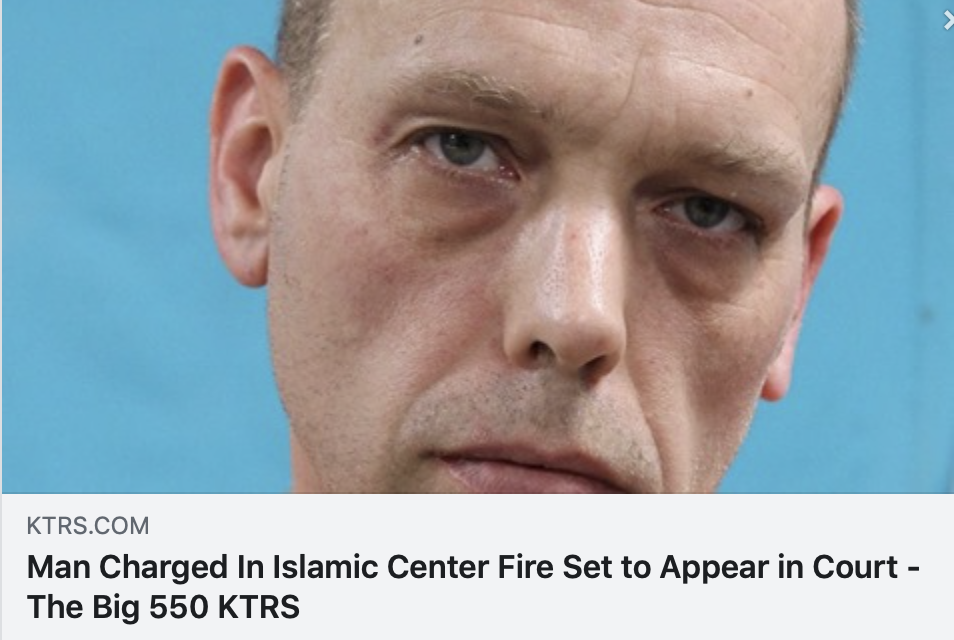 (WASHINGTON, D.C., 4/30/20) – The Missouri chapter of the Council on American-Islamic Relations (CAIR-Missouri), the nation’s largest Muslim civil rights and advocacy organization, today welcomed the U.S. Department of Justice (DOJ) decision to file federal arson charges against the man arrested for allegedly setting fire to the Cape Girardeau Islamic Center, and called on the department to also file federal hate crimes charges against the suspect.

Nicholas J. Proffitt, 42, of Cape Girardeau., Mo., was arrested and charged by the state of Missouri with burglary, arson and property damage for causing a fire at the Islamic Center in Cape Girardeau on the first night of the Islamic fast of Ramadan. The federal charges were announced on Wednesday. Proffitt is set to appear in federal court today.

“This man’s record shows that he has been a danger to the American Muslim community for well over a decade,” said Shafiq Malik, a senior board member of the Islamic Center of Cape Girardeau. “We hope and expect that both federal and state authorities will prosecute this alleged criminal to the full extent of the law.”

In a letter sent to US Attorney Jeffrey Jensen, CAIR Senior Litigation Attorney Gadeir Abbas explained that “a federal prosecution of Mr. Proffitt under the various hate crime statutes applicable to his crimes would send a clear message that the United States of America rejects the defendant’s bigotry.”

“Unfortunately, hatred hasn’t stopped during this pandemic,” said CAIR-Missouri Board Chair Yasir Ali. “Local and federal law enforcement agencies were swift in catching the alleged perpetrator. They must now demonstrate a commitment to obtaining justice for the American Muslim community by charging him with a federal hate crime.”

In 2005, Proffitt (known by a different name, Nicholas Stearns) was reportedly arrested for vandalizing a mosque in Dearborn, Mich.