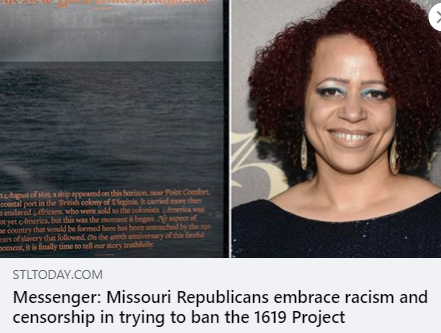 (MISSOURI, 4/30/2021) – The Missouri Chapter of the Council on American-Islamic Relations (CAIR-MO), a chapter of the nation’s largest Muslim civil liberties and advocacy organization, today condemned efforts in the Missouri House that seeks to ban a book that discusses slavery in American history in schools.

Republican lawmakers in the Missouri House are seeking to ban the Pulitzer prize winning book “1619” from schools. They recently introduced Bill 1141 seeks to curb teaching of critical race theory in public schools.

SEE:Missouri Republicans embrace racism and censorship in trying to ban the 1619 Project

“Educators must be allowed to inform children about our nation’s sad legacy of racism, white supremacy and slavery if they are to take part in the movement to make a more just and inclusive society,” said Marwan Hameed, associate executive director of CAIR-MO.

He said the American Muslim community and CAIR are standing in solidarity with all those challenging anti-Black racism, xenophobia, Islamophobia, anti-Semitism, white supremacy, and all other forms of bigotry.