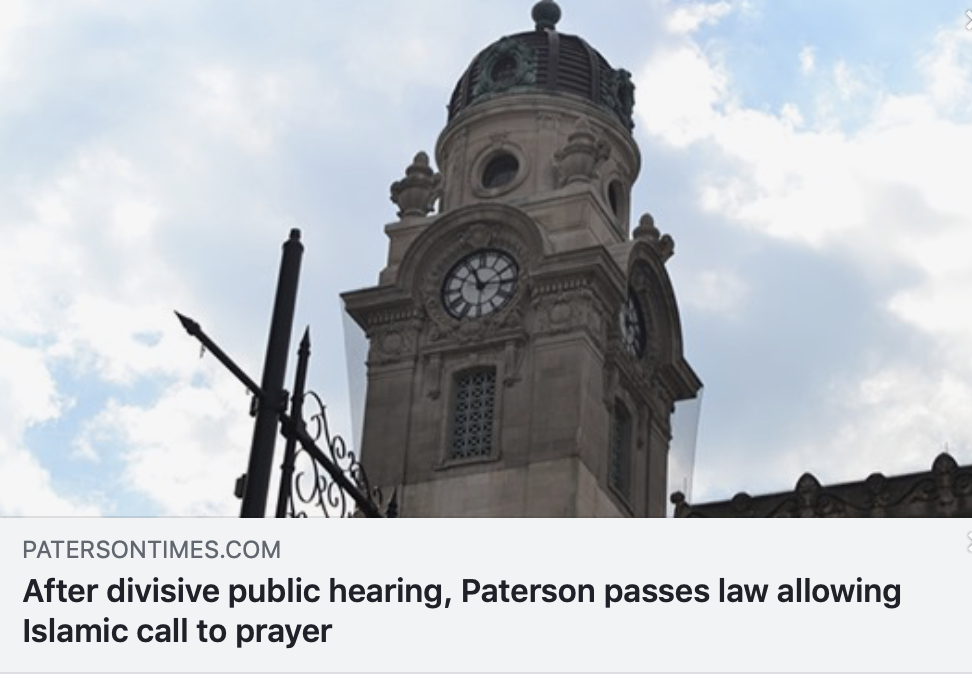 (SOUTH PLAINFIELD, NJ, 3/11/2020) – The New Jersey chapter of the Council on American-Islamic Relations (CAIR-NJ) today applauded the Paterson, N.J., city council for passing a noise ordinance allowing mosques in Paterson to broadcast the Adhan, or the Muslim call to prayer.

Last night, Paterson city council members voted 5-4 to change its noise ordinance to allow for the Muslim call to prayer to be broadcast over exterior loudspeakers.

“With the adoption of this ordinance, Paterson officials have embraced the rich diversity of city residents and have taken clear steps toward religious inclusion. Joining only two other American cities that currently allow for the broadcast call to prayer, Paterson is a pioneer in this endeavor, paving the way for a more just and equitable future for New Jersey and for our nation.”

“At a time in which our nation is facing an alarming rise in xenophobia, Islamophobia and racism, it is inspiring to see Paterson take a firm and honorable stance against bigotry by upholding the values of equality and religious freedom.”