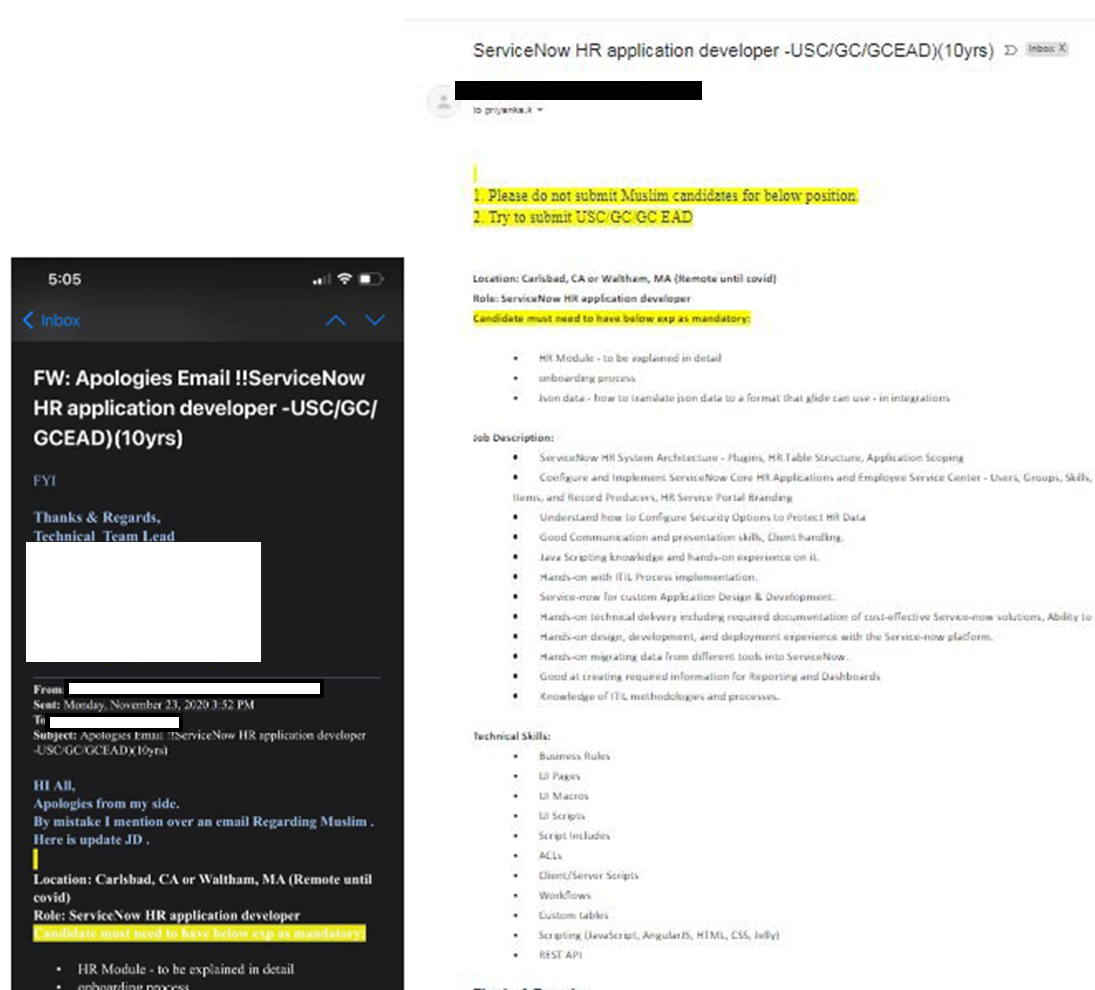 (SOUTH PLAINFIELD, NJ, 11/24/20) – The New Jersey and San Diego chapters of the Council on American-Islamic Relations (CAIR-NJ, CAIR-San Diego) today called on Nityo Infotech to investigate alleged discriminatory staff recruiting and to take appropriate disciplinary action based on the results of that investigation.

That call comes after reports that a recruiter at Nityo Infotech reportedly sent out an email seeking applicants for an IT company that stated: “Please do not submit Muslim candidates for below position.”

The recruiter later sent out an email claiming it was a mistake.

“At a time of increased financial instability with so many Americans out of work due to the COVID-19 pandemic, this type of alleged religious discrimination is especially cruel and reprehensible.

“We call on Nityo Infotech to thoroughly investigate the situation and take appropriate disciplinary action based on the results of that investigation. Further steps must be taken to provide staff diversity training and to update corporate policies to ensure that this alleged discriminatory behavior is not repeated.”

CAIR urged any Muslim candidates who applied to Nityo Infotech and were rejected to contact their local CAIR office.

“Considering the information provided, it is clear the recruiter meant to exclude Muslims from the job opportunity, as she then apparently attempted to correct in a follow-up email. This divisive and discriminatory practice must not be tolerated or excused, and we need to see tangible efforts from the company in their improvement toward being an equitable agency.”