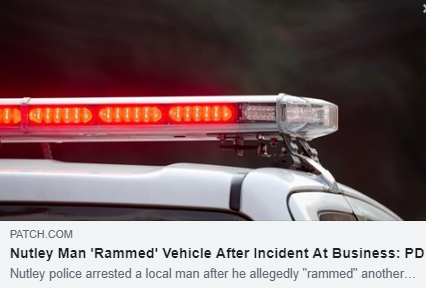 (SOUTH PLAINFIELD, NJ, 5/5/2020) – The New Jersey chapter of the Council on American-Islamic Relations (CAIR-NJ) today welcomed charges brought by Essex County prosecutors against a man who allegedly rammed his SUV into the occupied vehicle of a Muslim woman and her son.

According to a Nutley Township police report, on May 21, 2020, Michael Morrison, 55, attacked the victim while at a Carvel in Nutley, N.J.  While inside the Carvel, Morrison allegedly yelled, “You’re a terrorist”, and “I’m going to kill you” at the victim, and her 16 year-old-son.

After exiting the Carvel and driving away from the facility, Morrison reportedly proceeded to follow the victim in his SUV and purposefully crash into the driver’s side of the victim’s vehicle while she remained parked at a stop sign. Morrison allegedly then fled the scene. Later that evening Nutley Police arrested of Morrison at his home.

Essex County is charging Morrison with:

He remains in custody, awaiting his second appearance before the court.

“We welcome the charges brought against the alleged attacker and appreciate the Nutley Police Department’s quick and professional response. We expect that local, state and federal law enforcement authorities make this and all hate crimes a priority.

“Horrific acts of violence like this remind us of the rise in Islamophobia and other forms of bigotry in our nation, and the importance of condemning hatred whenever and wherever we see it. Tolerating this type of evil will only lead to more violence against minority communities. It is the responsibility of government officials and law enforcement to proactively speak out against bigotry, letting the people of New Jersey know that Islamophobia is not welcomed in our state.”