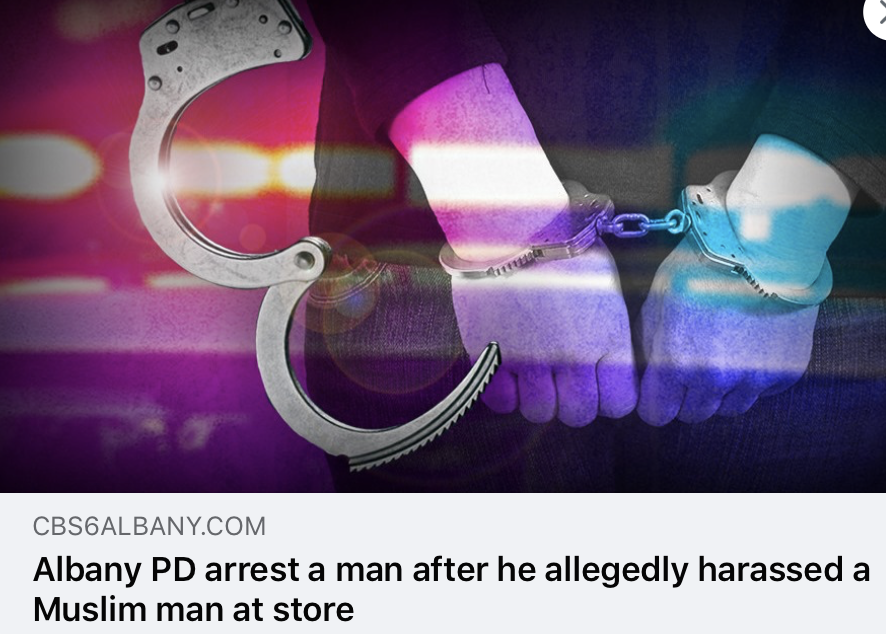 (NEW YORK, N.Y., 1/22/2021) – The New York chapter of the Council on American-Islamic Relations (CAIR-NY), the nation’s largest Muslim civil rights and advocacy organization, today called for hate crime charges after James Davis was arrested for allegedly harassing and threatening a Muslim man because of his religious identity.

After an investigation, the Albany Police Department arrested Davis on January 20th. When he was arrested, Davis had a loaded Sign M400 rifle hid in his coat. Two other firearms were recovered during the investigation.  Davis is charged with criminal possession of a weapon, menacing, and aggravated harassment. He was also cited for possessing an unregistered loaded rifle. There is no indication that Davis is being charged with a hate crime.

CBS 6 Albany: Albany PD arrest a man after he allegedly harassed a Muslim man at store

“We welcome the arrest of the suspect who allegedly threatened a man with an assault weapon because of the victim’s faith. However, Albany Police need to investigate the threat as a potential hate crime. The catalyst for this frightening incident is reportedly due to the victim’s religious identity, so an investigation into hate crime charges is warranted. We ask that Albany police, as well as the district attorney, fully investigate the potential bias and charge accordingly.”

She added that Washington, D.C.-based CAIR and the American Muslim community are standing in solidarity with all those challenging anti-Black racism, xenophobia, Islamophobia, anti-Semitism, and white supremacy.