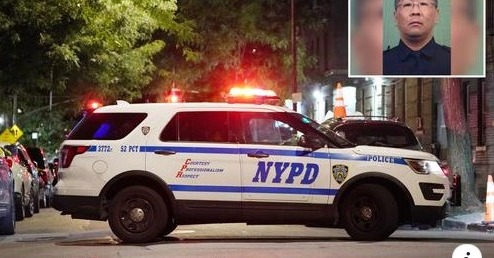 (NEW YORK, N.Y., 1/18/2022) – The New York chapter of the Council on American-Islamic Relations (CAIR-NY), the nation’s largest Muslim civil rights and advocacy organization, today called on Brooklyn District Attorney Eric Gonzalez to add hate crime charges against an off-duty officer who allegedly engaged in an anti-Muslim and racist tirade while assaulting a driver.

According to reports, NYPD Officer Riggs Kwong and a motorist were involved in a traffic incident. During the altercation, and while Kwong was seated in his vehicle, Kwong began hurling anti-Muslim and racists slurs at the motorist. Kwong yelled slurs such as “Terrorist! “Al Qaeda! Mohammed! ISIS!” “F**k your God,” among other offensive things.

Once Kwong got out of his car, he allegedly knocked the motorist to the ground and started to assault him. The motorist suffered minor injuries to his nose and swelling on his face.

SEE: NYPD Cop Goes on Anti-Muslim and Racist Rant and Assault of Motorist

“Mr. Kwong allegedly engaged is reprehensible anti-Muslim and racist conduct while he assaulted a fellow motorist that he apparently perceived to be Muslim. Brooklyn District Attorney Eric Gonzalez needs to add hate crime charges in this case. We hope DA Gonzalez will take this anti-Muslim hate incident seriously. This incident also calls into question Mr. Kwong’s interactions with Muslim suspects. NYPD should immediately conduct a serious review of his past arrests of Muslim members of the community.”

He noted that CAIR-NY will be following up with the Civilian Complaint Review Board to initiative additional disciplinary inquiries regarding Kwong.