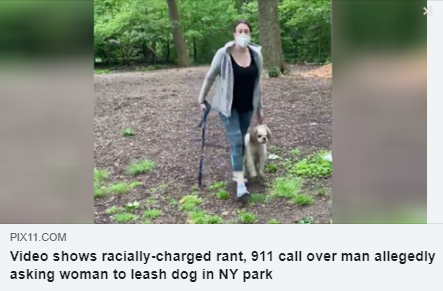 A viral video shows that a white woman is seen with her off-leash dog at Central Park in an area requiring dogs to be leashed. Cooper allegedly asked the woman to leash her dog, to which she responds by threatening him with a call to police. In the video she is repeatedly heard saying that an “African American man” was “threatening her life,” though Cooper had explicitly asked her not to approach him and had made no threats against her. The false police report was clearly racially motivated and lacked any substance.

“The woman in the park seemed to rely upon the idea that law enforcement would treat Mr. Cooper harshly if she, a white woman, alleged that an African American man was threatening her. It’s repulsive to see an individual weaponize systemic discrimination in this manner. CAIR-NY is glad that Mr. Cooper is safe. We hope that this incident highlights the fact that racism often motivates false police reporting against the black community, and ask that this is taken into account structurally in the manner which police address reported crimes.”