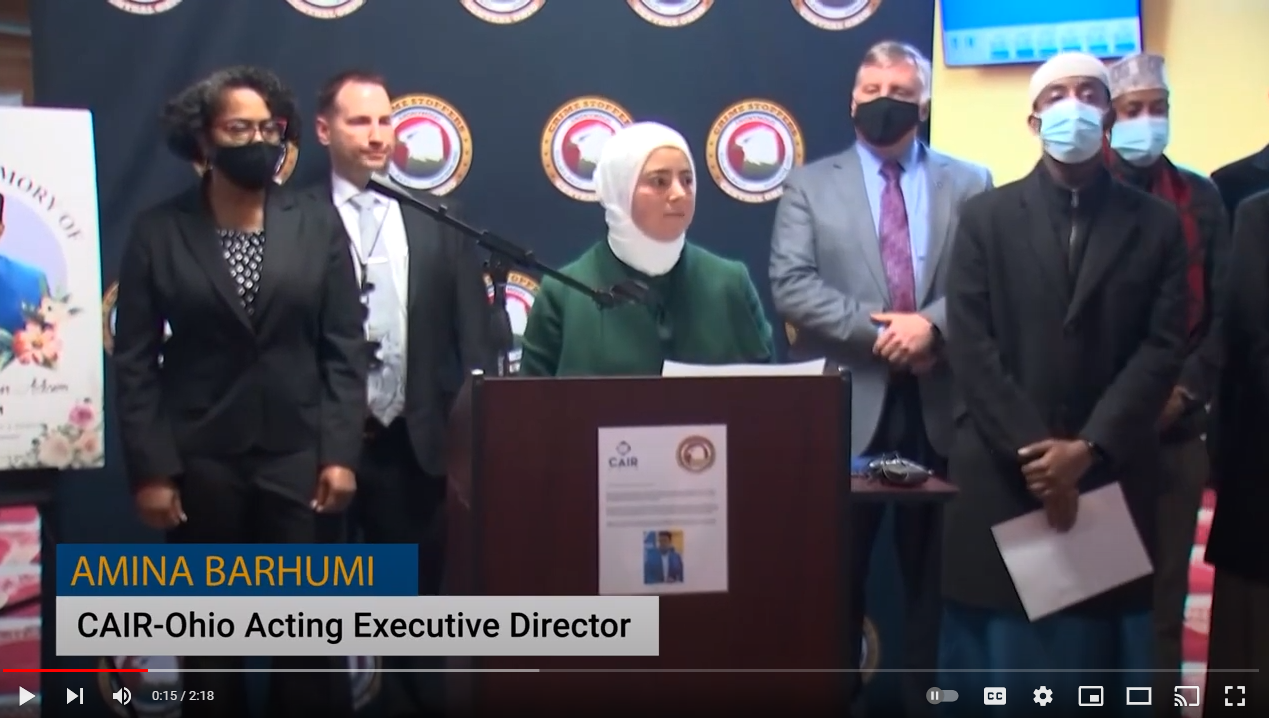 (COLUMBUS, OHIO, 1/21/2022) — ​The Ohio Chapter of the Council on American-Islamic Relations (CAIR-Ohio) today provided an update to the community following a press conference with Crime Stoppers of Central Ohio and Columbus Police about the murder of Imam Mohamed Hassan Adam.

At the press conference, police shared new information about the investigation and community leaders announced an additional $10,000 reward for information.

Below is the community update from CAIR-Ohio:

“We continue to seek justice for Imam Mohamed Hassan Adam. As so many have conveyed, Imam Mohamed was a beloved leader, friend, and father.

“He is not a statistic. Too often, the homicides of Black, immigrant men are overlooked, disregarded, forgotten. We refuse to let that happen here.

“Today, CAIR-Ohio joined Crime Stoppers of Central Ohio and Columbus Police to release new information and ask for the public’s help in solving this heinous crime.

“At a press conference, Columbus Police released video that shows a man driving the van in which Imam Mohamed’s body was discovered. The driver of the van appears to be wearing a red bandana and white or latex gloves. You can view that video on Columbus PD’s Facebook.

“Anyone with information is asked to call the Columbus Police Homicide Unit at 614-645-4730 or contact Central Ohio Crime Stoppers anonymously at 614-461-8477 or stopcrime.org.

“An additional $10,000 reward collected by community leaders has been offered for information leading to an arrest in the case.

“In December, CAIR-Ohio and CAIR National announced a $10,000 reward for information leading to the arrest and conviction of the perpetrator. That reward still stands.

“In total, $20,000 is being invested into bringing this killer to justice.

“We will not give up the search for answers and accountability. And we will continue to carry on the legacy of Imam Mohamed.”