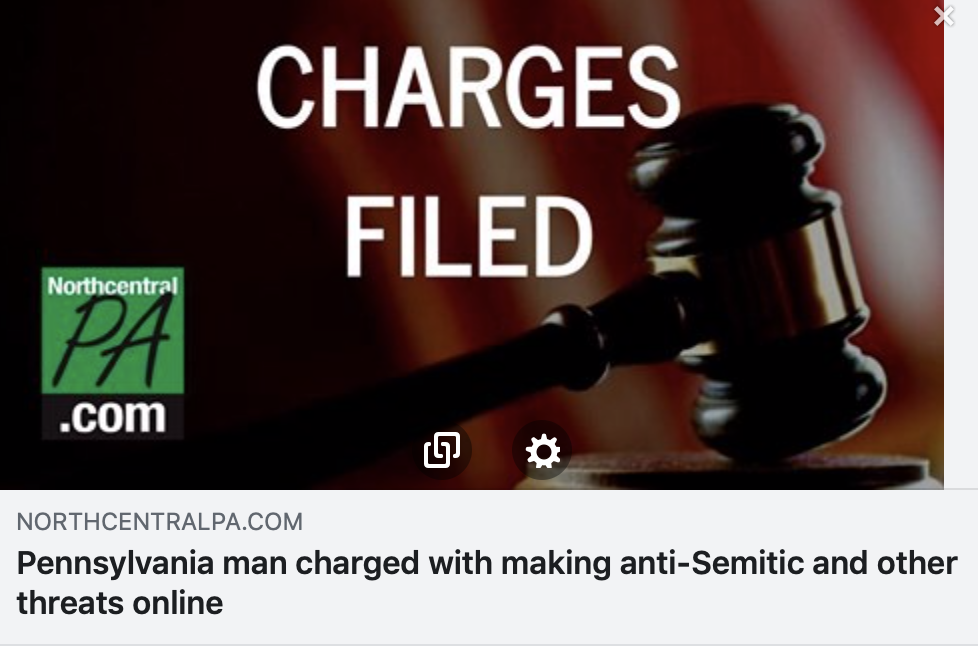 (PITTSBURGH, PA, 3/31/2020) — The Pittsburgh chapter of the Council on American-Islamic Relations (CAIR-Pittsburgh) today welcomed charges brought against a man accused of posting anti-Semitic, racist and anti-Muslim messages and threats on social media.

Corbin Kauffman, 31, of Lehighton, Pa., was charged by the United States Attorney’s Office for the Middle District of Pennsylvania for allegedly making hate threats over the internet “by a criminal information with interstate transmission of threats to injure the person of another.”

Kauffman’s posts reportedly expressed a desire to commit genocide and “hate crimes” and called for or depicted images of the killing of Jews, African-Americans and Muslims. If found guilty, Kauffman could face a maximum penalty of five years imprisonment for each violation.

“During this time of national and international crisis, solidarity and compassion are essential. Pittsburgh has seen this type of hatred before. It is disgusting, un-American and unacceptable. We welcome these charges and commend law enforcement authorities for their diligence in protecting our communities.”

The Washington-based civil rights organization has recently issued a number of statements against the rising level of bigotry nationwide.