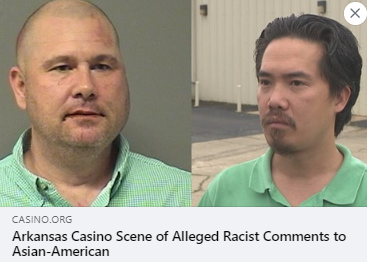 (WASHINGTON, D.C., 3/30/2021) — The Council on American-Islamic Relations (CAIR), the nation’s largest Muslim civil rights and advocacy organization, today renewed its call for the adoption of a hate crime law in Arkansas following an increase in anti-Asian hate.

On March 13th, Arkansas Oaklawn Casino reported a violent encounter between a fire captain and an Asian-American man. The fire captain reportedly made racial remarks and allegedly threatened to kill casino visitor Liem Nguyen while waiting outside for an Uber.

“Xenophobia and racism are on the rise nationwide and pose a real threat to all minority communities. Anti-Asian hate surged in in the current pandemic due irresponsible and racist rhetoric such as the use of the term ‘China virus’ by many, including the former president.

“CAIR has supported the passage of hate crime bills in Arkansas, one of three states that still do not have laws addressing hate crimes or crimes committed with a bias motive.

“In order for violent incidents against Asian-Americans and all marginalized groups to end, more measures need to be taken at both the state and federal levels. It is unacceptable for these crimes to continue happening.

We urge Arkansas lawmakers to adopt a hate crime law to further combat Anti-Asian and other racially-motivated hate crimes.”