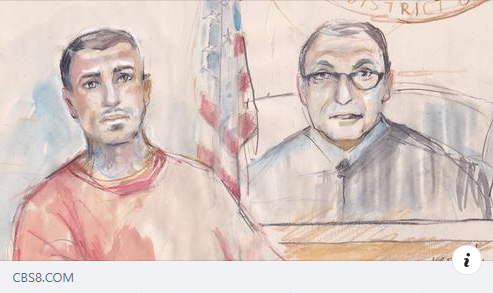 Zamudio was sentenced on Monday to two years in federal prison for possessing an unregistered and illegal short-barreled rifle, two unregistered silencers, pistols, and thousands of rounds of ammunition.

As federal prosecutors stated in his sentencing memorandum, Zamudio was motivated by a “violent ideology and appears eager to commit acts of violence against Black people, liberals and others.”

Cell phone video from Zamudio’s phone reportedly shows him bragging about pointing a gun at a Black Lives Matter demonstrator. While we are lucky that this individual was unable to harm anyone, there have been past examples where the suspect has injured or killed innocent human beings.

“While we are glad that Zamudio has been sentenced to jail, we wish the court had considered his intent to harm others as part of the sentencing, as that was a very important part of this case. We hope that this case shows the importance of reporting violent and/or racist behavior so that our communities are safe from harm that individuals like Zamudio pose.”