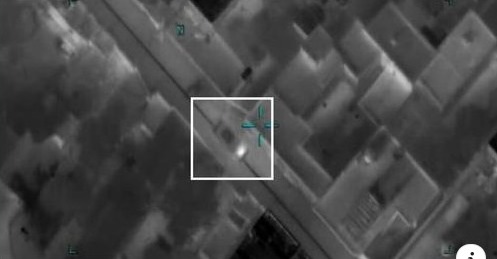 (WASHINGTON, DC – 1/20/2021) – The Council on American-Islamic Relations (CAIR), the nation’s largest Muslim civil rights and advocacy organization, today said that any military officials who had a direct role in approving the drone strike that killed 10 civilians in Kabul last year, including Secretary of Defense Lloyd Austin, should resign after video of the attack was released.

The video of the attack, which The New York Times obtained through a Freedom of Information Act lawsuit, shows the U.S. military tracking a vehicle suspected of containing explosives until it parks in a private home in a residential neighborhood. Bystanders are visible walking near the car and on the street outside of the home when the drone fires, destroying the car.

Ten civilians, including seven children, were killed in the attack, which the Pentagon initially touted as a successful strike against ISIS car bomb. The driver was actually a humanitarian worker who was transporting jugs of water.

“The video of the Kabul drone strike shows that the Pentagon launched a reckless attack that was guaranteed to kill innocent people in a densely-packed neighborhood. This attack was not simply an honest mistake or a rare occurrence; it was the latest in a long line of reckless drone strikes that have killed innocent people at homes, weddings and funerals in Afghanistan, Pakistan, Yemen, and elsewhere.”

“Any Pentagon leaders who played a direct role in approving the horrific massacre of these innocent people – including seven children – should take responsibility by stepping down. If Secretary Austin was directly involved in approving the strike, he should resign. In any other profession in the world, recklessly killing ten innocent people would be – at the very least – a fireable offense.”