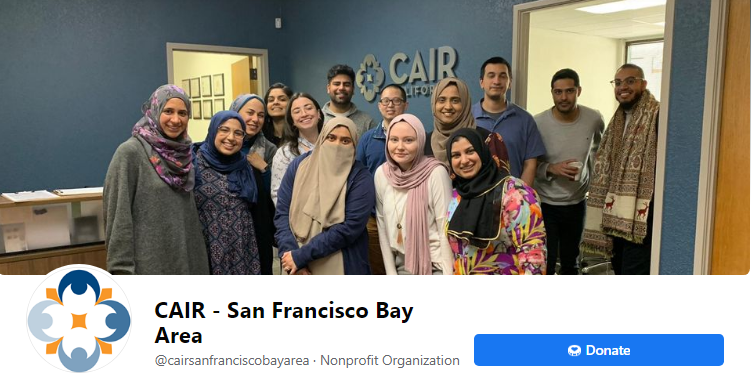 (SANTA CLARA, CA, 4/1/2021) – The San Francisco Bay Area office of the Council on American-Islamic Relations (CAIR-SFBA) today urged the Santa Clara County (SCC) Sheriff’s office to change policy after a Muslim woman of Somali origin was reportedly forced by deputies to remove her religious headscarf (hijab) while in custody.

CAIR-SFBA is demanding an apology be issued to the woman, a meeting be facilitated with the officers involved, cultural and religious competency training be mandated, and an immediate change in official policy relating to religious head coverings be made.

In February, the woman called 9-1-1 in response to a domestic dispute. After arriving at the scene, SCC Sheriff’s Deputies arrested the woman and took her into custody to Elmwood Correctional facility in Milpitas. Once at the jail, SCC Sheriff’s deputies forcibly removed her hijab during the process of obtaining booking photos.

During the search and the hijab removal, the woman immediately informed officers that her headscarf was worn for religious purposes and that it should not be removed in the presence of men. She further requested that her hijab be replaced. She resorted to using her sweater to cover her head during the booking process since her hijab was not returned to her. After being booked at Elmwood, her clothes including her sweater were taken away and replaced with jail clothes. Being left without a head covering again, she had to request a second shirt to cover her head, which was later granted.

After being granted bail and released from Elmwood, the woman was given no paperwork to inform her of her charges and court hearing dates, and her hijab was not returned to her.

In a statement, the woman said:

“This degrading and discriminatory encounter has left me scarred. Not only has it caused me constant emotional distress, but now I will have to reconsider before reaching out to law enforcement during times of danger out of fear of being targeted. I want to make sure that the SCC Sheriff’s Office is held accountable for their actions, and that no woman’s hijab is forcibly removed without her consent again.”

“While numerous municipalities across the state have recognized the sanctity and legally protected status of a religious head-covering, there are still municipalities without policies that prevent the discrimination this lawsuit seeks to expose.

“It is shocking that the SCC Sheriff’s Office, which serves tens of thousands of Muslim families, would permit its officers to strip a Muslim woman of her religious head covering, violating her Constitutional rights.”

CAIR-SFBA is an office of CAIR, the largest Muslim civil liberties and advocacy organization. Its mission is to enhance understanding of Islam, protect civil rights, promote justice, and empower American Muslims.