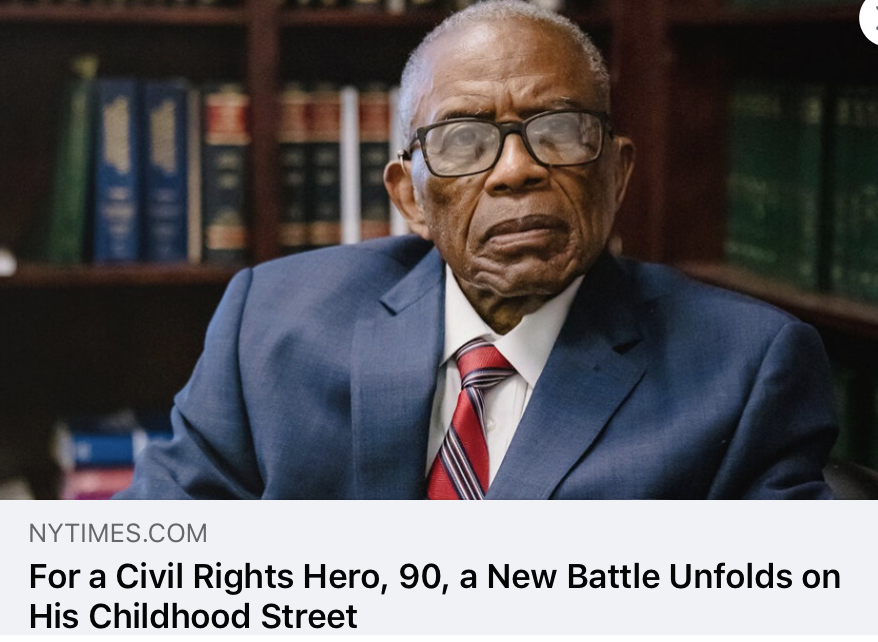 In Alabama, Mayor, Steven L. Reed sought to honor the 65th anniversary of the city’s bus boycotts by renaming a street to memorialize a critical figure in civil rights legacy.

Fred D. Gray, the lawyer who defended Rosa Parks, proposed renaming his childhood street, which currently is named after the Confederate president Jeff Davis. However, a recently-passed law in the state legislature bans renaming any monuments or streets, 40 years or older, that “have been constructed for, or named or dedicated in honor of, an event, a person, a group, a movement, or military service.”

SEE: For a Civil Rights Hero, 90, a New Battle Unfolds on His Childhood Street

“CAIR supports removing public tributes and symbols that honor and memorialize the racist Confederate legacy and stands with those individuals and groups seeking to reclaim spaces that honor the strength and perseverance of minority communities,” said CAIR National Communications Manager Ayan Ajeen.

She added that Washington-based CAIR and the American Muslim community are standing in solidarity with all those challenging anti-Black racism, xenophobia, Islamophobia, anti-Semitism, and white supremacy.