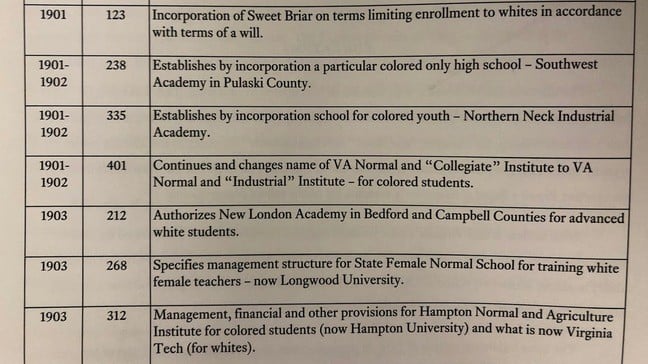 (WASHINGTON, D.C., 2/11/20) – The Council on American-Islamic Relations (CAIR), the nation’s largest Muslim civil rights and advocacy organization, today expressed support for the effort to repeal racist laws from the Acts of Assembly in Virginia.

These laws may not be actively effective or enforced, but they are preserved in the Acts of Assembly, a book of laws passed by legislators on any given year. Examples of discriminatory language include laws banning school integration and prohibiting people of different races living in the same neighborhoods.

“While these laws are mostly inactive, we support the effort to repeal them as they should be removed from the Acts of Assembly to reflect the inclusive society we all strive to create.”

Last month, CAIR said a decision by a Virginia school board to allow the Confederate flag on clothing worn to school will create a “hostile learning environment” for minority students.