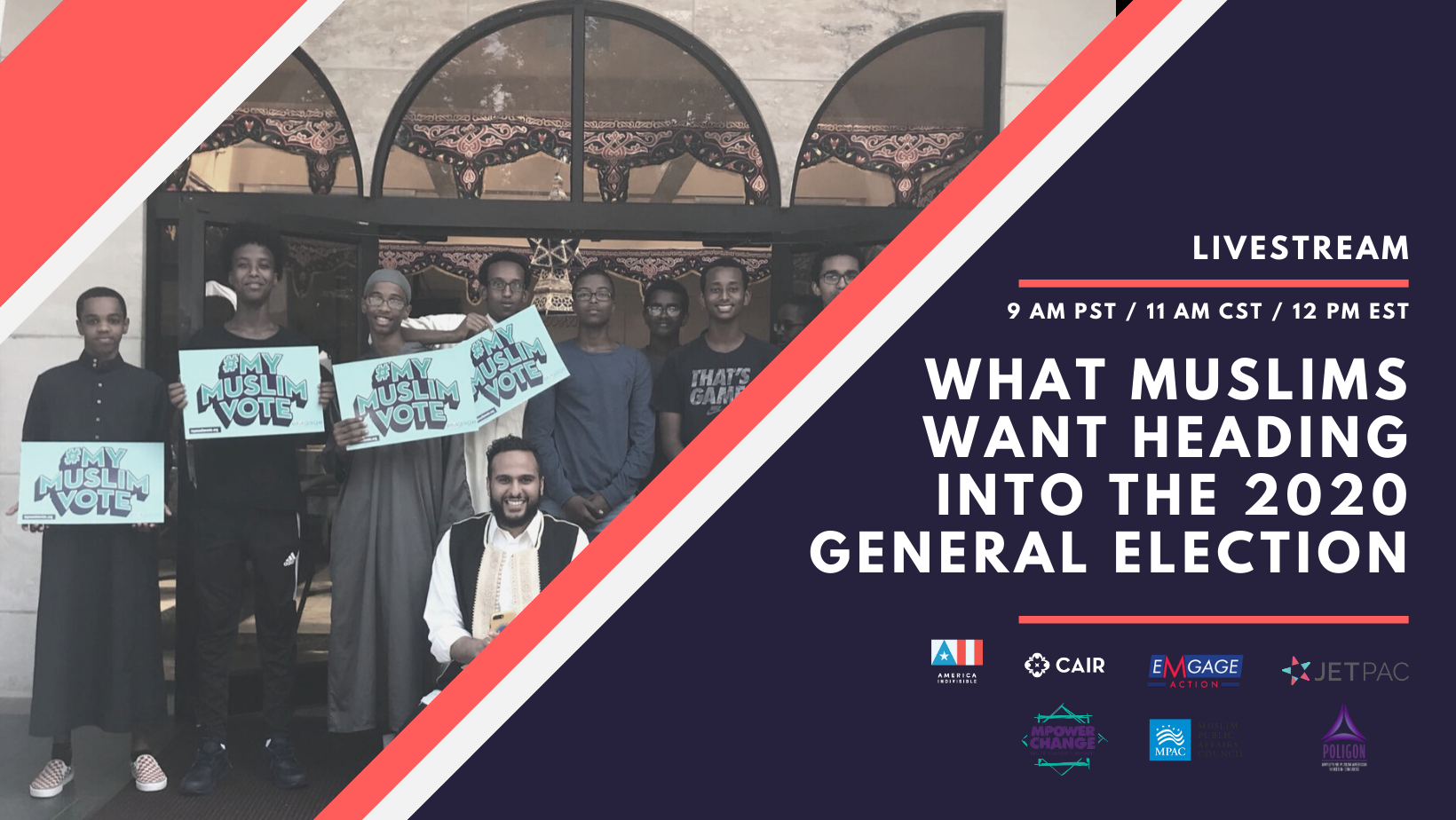 (WASHINGTON, D.C., 8/25/20) – The Council on American-Islamic Relations (CAIR) today joined a coalition of national Muslim organizations in releasing the results of a pre-election “Muslims in America Policy Poll” – an online survey of 1,500 Muslims in America that highlights issue and policy priorities of the Muslim community just months before the 2020 General Election.

Highlights of survey results, announced at the livestream news conference, include:

• In asking what general issues were the most pressing priorities for American Muslim, the poll found civil rights (more than 80%) was the greatest priority followed by healthcare (more than 65%); education; foreign policy; immigration; climate change, energy, and the environment; economy, national security; and other.
• American Muslims have prioritized issue areas similarly to non-Muslim allies such as civil rights and healthcare.
• More than 60% of Muslim respondents would like to see policy changes to the Muslim Ban, which allows vast immigration restrictions for travelers from several Muslim-predominate countries.
• More than 45% of Muslim respondents would like to see policy changes in these four areas: international humanitarian, religious discrimination, Medicare for all, and gun control.
• Among the various age groups examined, most ages agreed they would like to see a policy change to the Muslim Ban. More than 75% of seventy and over age group of Muslim respondents agree that they want to see a policy change with the Muslim Ban.
• In the key battleground states of Florida, Michigan, Ohio, Pennsylvania, Texas, Virginia, heading into the election — the issues of civil rights, healthcare, immigration and education prove to be the biggest issue areas of concern for Muslims.

The report also noted that in a separate voter report published by Emgage, just from Florida, Ohio, Michigan, and Virginia alone Muslim turnout jumped from about 130,000 votes to over 285,000 from 2014 to 2018.

Report sponsors plan to use the results of this report to engage candidates, elected officials, to advocate for policy reforms that serve the best interests of the Muslim community in America.

The poll’s 1500 respondents reflected a snapshot of the diverse Muslim community— comprising of African American/Black, Arab/Middle Eastern, South Asians and White community members from over 45 states.

The poll was conducted online over the course of January 2020-June 2020. The poll’s responses that survey participants could choose from on “pressing policy issues” and “policy changes” that respondents wanted to see were predetermined and presented without any politicizing context.