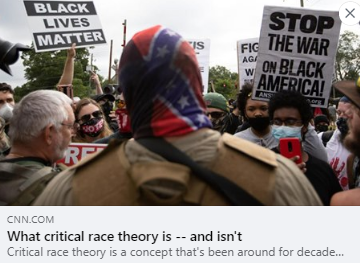 The New Hampshire bill outlines harsh punishments for employers, contractors, and federal agencies who provided education or training that characterizes America as a racist country either in the past or present. It defined such information as “divisive, un-American propaganda training.”

HB 544: Effort to shut down conversations on race and gender in government an abdication of responsibility

Trump’s executive order has since been repealed, but New Hampshire bill HB 544 follows a similar outline.

“We call on New Hampshire House and Senate leaders to drop this counterproductive bill, passage of which threatens our nation’s already obscured history of systemic anti-Black racism and white supremacy. The passage of HB 544 would function as an obstacle to the recognition of and reconciliation with America’s unfortunate legacy of racism.”

SEE: What critical race theory is — and isn’t